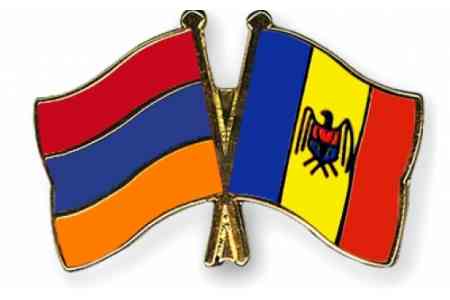 Ambassador Bolbochan noted that both peoples have deep historical  ties, and Moldova wants to fully develop friendly relations with  Armenia.

In this context, the role of consistent dialogue and official mutual  visits at the level of  high ranking officials of the two countries  was noted.

Tigran Avinyan emphasized that it is necessary to work actively  towards the formation of a broad cooperation agenda, paying  particular attention to the trade and economic field.  In this  regard, the parties noted the importance of holding the first meeting  of the Armenian-Moldovan intergovernmental commission on economic,  scientific and technical cooperation and the organization of business  forums.

The interlocutors also discussed issues related to the expansion of  the legal framework, humanitarian and cultural cooperation and the  establishment of direct flights.