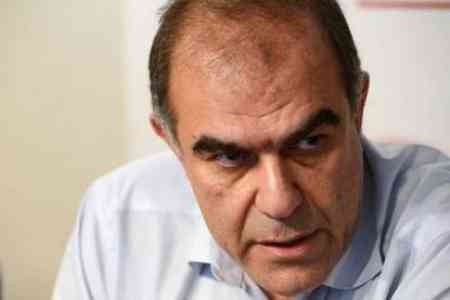 ArmInfo. Garegin Chugaszyan, member of the board of the Sasna Tsrer party, spoke about the details of the meeting with Prime Minister of Armenia Nikol Pashinyan.

He said that the meeting was initiated by the party to discuss the  political situation in Armenia. Chugaszyan noted that there was  nothing extraordinary in this meeting. Moreover, he said, such  meetings in the future will be more intense.

According to Chugaszyan, during the meeting they expressed their  concern on the Artsakh issue, environmental issues, judicial and  legal reforms, etc.