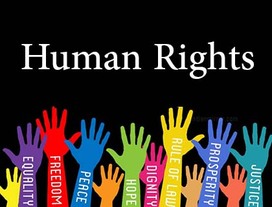 ArmInfo. FIDH, an international non-governmental organization headquartered in the  Paris that monitors, investigates, and documents human rights  abuses, notes in its publication the day before that the audit report  on the development of the Amulsar field confirms serious shortcomings  in assessing the impact and monitoring of the mining company .

"Last week, a long-awaited independent third-party assessment was  published, commissioned by the Armenian government on the impact on  the water resources, geology, biodiversity and air quality of the  Amulsar Gold Mine, which is likely to pave the way for the resumption  of gold mining. Although the report was interpreted as confirmation  that the Amulsar mine does not pose a threat to the environment and  the health of others, some of the conclusions of the report paint a  different picture, "the author of the article notes.

Despite the words of the interim president and CEO of Lidian  International, Edward Sellers, that the audit report confirms  Lydian's prudent approach to environmental protection, the author  believes that, in essence, the report is a review of the previous  environmental and social environment (ESIA) conducted by Lidian, and  does not take into account the impact of the project on the social  sphere and human rights.  According to the article, although the risk  of water pollution of Jermuk mineral springs is excluded, the  conclusion contains a number of alarming conclusions. In particular,  as noted in a Human Rights press release, the ESIA / EIA estimates  are inadequate and the findings are unreliable. Accordingly, the  question of whether the exploitation of an ore deposit can finally be  considered safe cannot be resolved. "Some measures and plans are  partial, insufficiently protective and / or unreliable with a high  degree of uncertainty due to insufficient and dubious initial  characteristics, data, models, design fundamentals and / or  evaluations," the material says.

In addition, the acid-generating potential of the rock was not  calculated correctly and "there is a clear likelihood of groundwater  contamination (drainage of acidic rocks) of water entering it. This  pollution will especially affect nearby sources that are important  for local livestock and wildlife." At the same time, it is noted that  the assessment does not include the cost of damage to water  resources, based on the assumption that pollution will not occur.  Based on this, the assessment of potential losses is unrealistic.

At the same time, according to an international organization, a  strong earthquake can cause the release of water in contact with the  mine and adversely affect groundwater and surface water in the direct  impact zone of Lake Sevan, especially during the operation phase,  when a large amount of contact water is stored in the reservoirs.  Such emissions will pollute nearby sources and the Arpa River. The  significance of the impacts on the Kechutskoye and Vorotan reservoirs  and the Darb River (and Lake Sevan) is uncertain, since the models in  the ESIA did not quantify these impacts.

Thus, according to the organization, this audit report raises serious  questions about how the ESIA was performed by Lydian, how the  potential impact was assessed, and what measures the company took to  monitor such impacts.  t is also noted that the conclusion also does  not address some of the issues identified in the 2017 report of the  Advisor on compliance with the requirements of the Ombudsman of the  International Finance Corporation (IFC) (which has since ceased its  investment in the project) on the acquisition of land and the lack of  proper consultation with all affected communities, in particular,  with the Jermuk community, which will be mainly affected by the  activities of the mine.  "For these reasons, this audit report,  although it provides additional interesting and useful information,  can in no way be considered as a document that gives a green light to  a company that operates in the Amulsar region," FIDH notes.

Referring to the words of the Prime Minister of Armenia Nikol  Pashinyan that "if the operation of the mine is safe for Lake Sevan,  the waters of Jermuk and reservoirs, we will allow the mine to be  operated; if not, we will choose a different path," the author of the  article states that "this audit the report confirms that the  activities of the Amulsar Gold Mine are far from safe for the  environment and surrounding communities. " Recall that on August 14,  the Investigative Committee of Armenia presented an expert opinion on  the Amulsar project of the consulting company Earthlink & Advanced  Resources Development (ELARD).  Based on the conclusion of the  examination, the SC of Armenia stated that there is no direct  connection between the underground waters located on the territory of  the Amulsar project and the thermal hot springs of Jermuk. There is  also no connection with the waters of the Sevan basin. Moreover, as  indicated in the UK, during an earthquake, a certain concentration of  acid drainage can penetrate into the basin of Lake Sevan through the  Spandaryan and Ketchut reservoirs. However, the combination of this  concentration will be insignificant on the scale of Lake Sevan. The  third important conclusion: the impact on the Arpa, Debit and Darb  rivers can be mitigated if LydianArmenia takes 16 environmental risk  mitigation measures proposed by experts. As the head of the UK Hayk  Grigoryan pointed out, LydianArmenia representatives have already  expressed their readiness to implement 15 of the proposed 16 events:  10 events they are already holding, 5 will be ready to conduct in the  near future. Residents of the resort town of Jermuk,  environmentalists and activists opposed to the development of the  mine did not agree with the conclusions and came out to protest.

As a result, on the eve of the morning, Prime Minister of Armenia  Nikol Pashinyan held a discussion with interested parties. The  latter, after the meeting, stated that they were dissatisfied with  the meeting and would continue their struggle, guided by the motto:  "Amulsar should remain a mountain and a point." Activists in protest  decided to block Baghramyan Avenue, many moved to the building of the  National Assembly of Armenia, a brawl took place between police  officers and participants in the protest. As a result, for the  failure to comply with the legal requirements of police officers, six  citizens were subjected to drive. On the issue, the prime minister  also held a closed meeting with deputies of the My Step faction.   Already in the evening, during the promised "live broadcast", the  Prime Minister gave the green light to the development of the Amulsar  field. According to him, the Armenian government will conduct  constant monitoring during the development of the Amulsar field. "If  during monitoring we suddenly fix that the Lidian-Armenia company  does not comply with the conditions set by us, then we will give them  90 days to eliminate the gaps or the field will be closed. That is,  the government has all the tools to manage this process," said he,  adding that under current conditions, the field will be exploited  subject to unprecedented high environmental standards. "Today,  according to our clear data, Amulsar does not harm Sevan. It will  work according to the highest environmental criteria. If we do not  fulfill the conditions set by us, they will not take us seriously. I  am 99.9% sure that the field does not pose a threat to the  environment of the RA.  Therefore , we must fulfill the conditions  that we set>, - he said, concluding by expressing bewilderment by the  acts of disobedience arranged by citizens.

Lydian Armenia is a subsidiary of British Lydian International. The  Amulsar project is the largest industrial project in Armenia today  for the development of the Amulsar gold deposit with a total value of  $ 370 million. In August 2016, the start of the project involving the  construction and development of the deposit took place.