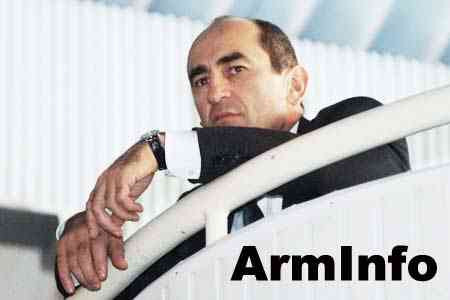 ArmInfo. The case of March 1, in which the second president of Armenia Robert Kocharian and a number of other former senior officials are accused of overthrowing the constitutional system, was sent to the judge of the Yerevan court of general jurisdiction Anna Danibekyan two months after the decision  of the Court of Appeal.

This was reported by the press service of the  Supreme Judicial Council. Anna Danibekyan is the judge who examined  the lawsuit of Robert Kocharian's lawyer against the decision to  seize his property and recorded a violation of Robert Kocharian's  rights.Recall that the second president of Armenia Robert Kocharian  is accused of overthrowing the constitutional order in 2008.

Then the opposition, led by the first president of the republic,  Levon Ter-Petrosyan, held rallies of many days, opposing the outcome  of the presidential election. Long-term protests escalated on March  1-2 into clashes, which killed 10 people.After Nikola Pashinyan came  to power, the consideration of the case resumed. Among the others,  the second president of the RA was among the others. The defense of  the latter insists on Kocharian's innocence, and accuses the  authorities of vendetta.On June 25, the Armenian Court of Appeal  decided for the third time to arrest Kocharyan and cancel the  decision of the first instance judge David Grigoryan - to dismiss the  case and send him for a new investigation. However, the powers of  Judge Grigoryan, who was supposed to consider the case, were  temporarily terminated. A new court in the case has not yet been  appointed, which is explained by the fact that Kocharyan's case was  referred to the Court of Cassation. Now, the court of first instance  appealed to the Court of Cassation, so that in the next few days  Kocharyan's case or application would be sent to him. Lawyers will  delegate it to the new judge.