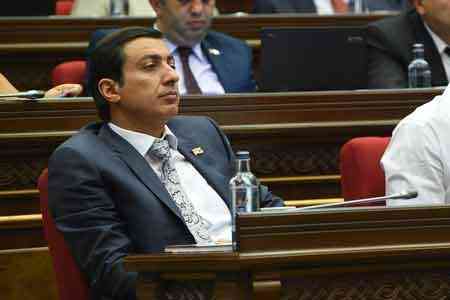 So, as reported by the press secretary of the RA Prosecutor General's  Office Arevik Khachatryan, according to the information received from  the Prosecutor General's Office of the Russian Federation, the  satisfaction of the request to extradite Mihran Poghosyan with the  aim of criminalizing him was not assessed as possible, taking as a  basis paragraphs of Article 19 of the Convention from January 22,  1993, "On legal assistance and legal relations in civil, family and  criminal matters."

"The article of the Convention noted above, as a basis for a complete  or partial rejection of a request for legal assistance, provides for  cases when such assistance can harm the freedom of the person in  respect of whom the request was sent, his safety or is contrary to  the law. At the same time, the Prosecutor General of Armenia no clear  information was provided on the specific grounds for rejecting the  application. In this regard, the Prosecutor General of Armenia  invited the Prosecutor General of the Russian Federation to provide  clear information "on the reasons for rejecting the application for  the extradition of M.  Poghosyan," Khachatryan noted.

It should be noted that on April 21 of this year it became known that  Mihran Poghosyan, the former head of the Judicial Acts Compulsory  Enforcement Service, who was put on the wanted list, was detained in  Karelia (RF).

The Prosecutor General of Armenia sent the relevant documents to the  competent authorities of the Russian Federation for his extradition.

To recall, in the framework of the criminal case being investigated  by the Special Investigative Service of Armenia, Mihran Poghosyan was  involved as an accused of committing the acts provided for in  paragraph 1 of part 3 of article 179 (Assignment or embezzlement on  an especially large scale) and part 2 of article 308 (abuse of  office, entailing through negligence, grave consequences) of the  Criminal Code of the Republic of Armenia.  On April 23, the Russian  court granted the petition for the arrest of Mihran Poghosyan for 40  days.