Volodymyr Zelensky has dismissed Ambassador of Ukraine to Armenia 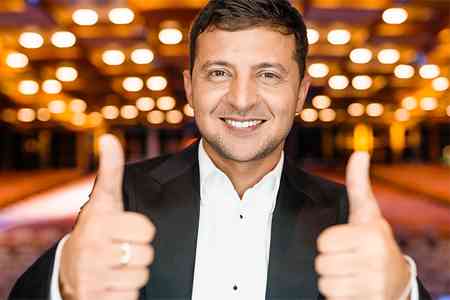 ArmInfo.President Volodymyr Zelensky has dismissed 11 ambassadors of Ukraine, including the ambassador to Armenia, Petro Lytvyn, who was appointed to this  position last September.

In particular, according to Ukrinform, In addition, the president  dismissed the ambassadors of Ukraine to the United States, Jordan,  Argentina, Turkmenistan, Cyprus, Vietnam, Vatican City, South Africa,  Nigeria, and Morocco.

To recall,  President of Ukraine Volodymyr Zelensky  initiated the  beginning of the renewal of the diplomatic corps of Ukraine.  According to the Office of the President, a decision has already been  made to replace 12 embassy chiefs around the world. In parallel with  this, work is underway on the selection and design of new  ambassadors.

According to LB.ua, the list was initiated by Deputy Chief of the  Ukrainian Presidential Office Vadim Pristaiko. Many of those whom he  proposes to withdraw, have been performing the duties for many years.   Ambassadors who are subject to rotation will be notified by the end  of the day, July 16.

This does not apply to General Lytvyn, whose person is ambiguously  perceived in Ukrainian society. Petro Lytvyn,   brother of the former  head of the Verkhovna Rada, Volodymyr Lytvyn - Ukrainian commander,  lieutenant-general, who in May 2012 held the position of commander of  the 8th Army Corps of the Ground Forces of the Armed Forces of  Ukraine. During the outbreak of hostilities in the Donbas served as  commander of the sector "D". According to the same media, it is  Lytvyn among others who are accused of "Ilovaisk boiler" - surrounded  by Ukrainian troops near Ilovaisk. A number of witnesses stated that  he allegedly escaped from the battlefield on August 25, 2014, leaving  his troops.

To note, before Lytvyn, Ukraine had no ambassador in Armenia for  almost three years. Petro Poroshenko dismissed the previous head of  the diplomatic mission Ivan Kukhtu in July 2015, "freezing"  diplomatic relations in connection with the statement of the RA  ex-president Serzh Sargsyan about the Crimean referendum, in which he  called this event "another example of the realization of the people's  right on self determination. "