Branch No. 33 of VTB Bank (Armenia) will operate at a new address 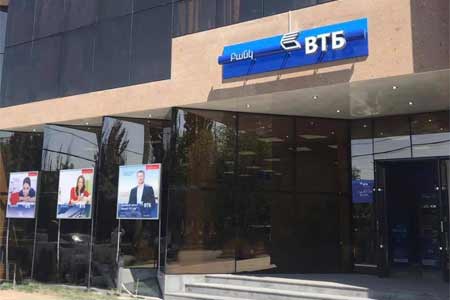 ArmInfo. Starting from July 15 in order to create a more comfortable environment for servicing their customers Branch No. 33 of VTB Bank (Armenia), previously located in  the Malatia-Sebastia administrative district at Svachyan Street,  house 32, will operate in the same area at the new address-Andranik  Street, 71/7.

The press service of the bank told ArmInfo that the  branch will work from Monday to Friday from 09: 15am-5: 00pm, and on  Saturday from 10: 00am-2: 00pm.  According to the source, the clients  of this branch will have the opportunity to use the full range of  services and products provided by VTB Bank (Armenia) in the modern  and spacious office. The services include registration of deposit and  credit products, replenishment of accounts, making money transfers,  payment of utility bills, consultations from bank employees, etc.

The new office of branch No. 33 has a 24-hour self-service zone,  where an ATM is installed (with cash-in function) and a payment  terminal, which will allow customers to carry out cash withdrawal  transactions and replenishment of bank / card accounts, deposits,  loan repayment, and public utility payments, as well as other  services 24/7.

To note, VTB Bank (Armenia) CJSC became a member of the VTB  international financial group in April 2004. Currently, the second  largest in Russia, PJSC "Bank VTB" owns 100% of VTB Bank (Armenia)  shares. The Bank traditionally ranks among the leaders of the banking  system of the Republic of Armenia by major indicators. The branch  network of VTB Bank (Armenia) covers 70 divisions with a presence  both in the capital and in all regions of the country. Moreover, both  by the total number of branches and by the number of regional  branches, the Bank retains its leadership, occupying the second  position in the number of capital divisions.