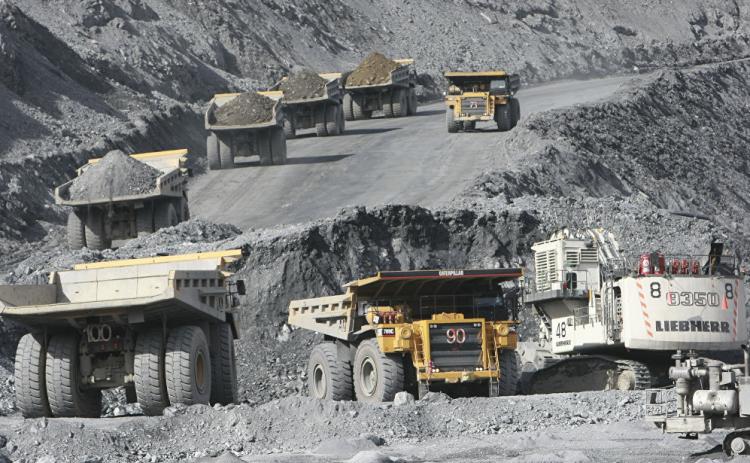 ArmInfo. On July 12, the Deputy Minister of Territorial Administration and Infrastructure of the Republic of Armenia, Lilia Shushanyan, met with the President of the GeoProMining group of companies Roman Khudoli.

According to the press service of the ministry, the interlocutors  discussed the situation that has developed in recent days around the  Agarak Copper-Molybdenum Combine, stressing the need for a quick and  effective solution of the issue in an atmosphere of cooperation  between employers and employees.  The parties presented possible  solutions to existing problems, taking into account the possibility  of forming a multilateral working group.

As ArmInfo previously reported, on July 10, GeoProMining appealed to  the Armenian government to set up a multilateral commission involving  representatives of the competent authorities to resolve the situation  at the Agarak Copper-Molybdenum Combine.

According to the official report of GeoProMining, the work of the  plant was suspended from July 3 of this year as the employees of the  technological transport department refused to attend work, which  resulted in the paralysis of production. The fact is that the  employees of the plant that violated the labor contracts presented  unreasonable demands for the payment of additional funds not provided  for by bilateral contracts.  Due to the suspension of production of  the plant, the local community and state budget of Armenia bear  significant material losses.

The leadership of the Agarak plant also called on the MPs of the  Armenian parliament to refrain from emotional and baseless  accusations against the company and stated that the plant fulfills  all obligations to the staff, local budget and state budget of  Armenia in full in line with its commitments and legislation of the  Republic of Armenia. In particular, the plant fulfills its  obligations in terms of wages, overtime payments and additional cash  rewards. The plant never had wage arrears and always fulfilled its  obligations stipulated by the employment contract and the RA  legislation. GeoProMining, being one of the largest investors in the  Armenian economy, calls on state bodies to form a multilateral  commission from the competent government bodies in order to  objectively study the current situation and find ways to resolve it.   To note, the Agarak Copper-Molybdenum Combine is included in the  "Armenian" portfolio of assets of the diversified international group  of mining companies GeoProMining. The plant is located in the south  of Armenia, on the border with Iran, and is the largest industrial  facility in the Meghri region. Since 2007, the Company has invested $  79 million in the development of the Combine. Currently 1040 people  work at the Agarak plant. The average salary of workers and  engineering staff (excluding management) is 340,000 drams (more than  700 US dollars). From 2008 to 2018, the "Agarak Copper-Molybdenum  Combine" CJSC paid taxes and fees in the state budget of the Republic  of Armenia amounting to $ 121.9 million, including VAT payments. In  2019, the plant planned to pay to the RA budget about $ 12 million,  including VAT payments. According to the results of activity, the  company GeoProMining, according to official data, has invested over $  505 million in the Armenian economy over a 10-year period.