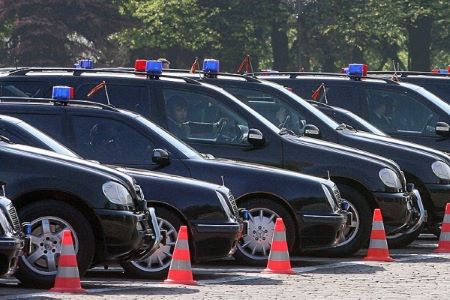 ArmInfo. Inspection bodies of Armenia will have to wait to receive official cars. On July 11, at the government meeting, a proposal was made to redistribute 80 cars,  which are on the balance sheet of the Ministry of Finance of the  Republic of Armenia, between 6 inspection bodies.

Eduard Aghajanyan, head of the government's administration, who  presented the draft decision, noted that it is envisaged to allocate  7 cars from the balance sheet of the RA Ministry of Finance and  transfer them to the Health Inspection Body. Another 73 cars were to  be distributed among the rest of the inspection bodies.  This  measure, according to Aghajanian, is necessary to ensure the  full-fledged activities of the inspection bodies, which employ about  1 thousand people. Basically, cars will be used as attendants to  perform the functions of these bodies. In addition, as noted by the  head of the government apparatus, these cars are used de facto by  inspectorates, today's decision is intended to solve the problem de  jure.

However, as the head of the government Nikol Pashinyan noted, today's  draft decision contradicts to the policy of the new government, aimed  at optimizing the public administration system and increasing its  efficiency. He removed the issue from the agenda, proposing once  again to discuss and make a decision that is 100% consistent with  government policy.

To note, however, that according to the reference document of the  draft decision published on the government's website, it was about 91  cars, not 80. It was planned to distribute official cars between the  following bodies:

For the maintenance of the Food Safety Inspectorate - 31 machines;

Inspectorate for the protection of nature and mineral resources - 30  cars;

Inspection body for control over the market - 3 cars;

The rationale noted that it is necessary to establish the number of  vehicles for inspection bodies, among which one car is provided for  their managers.