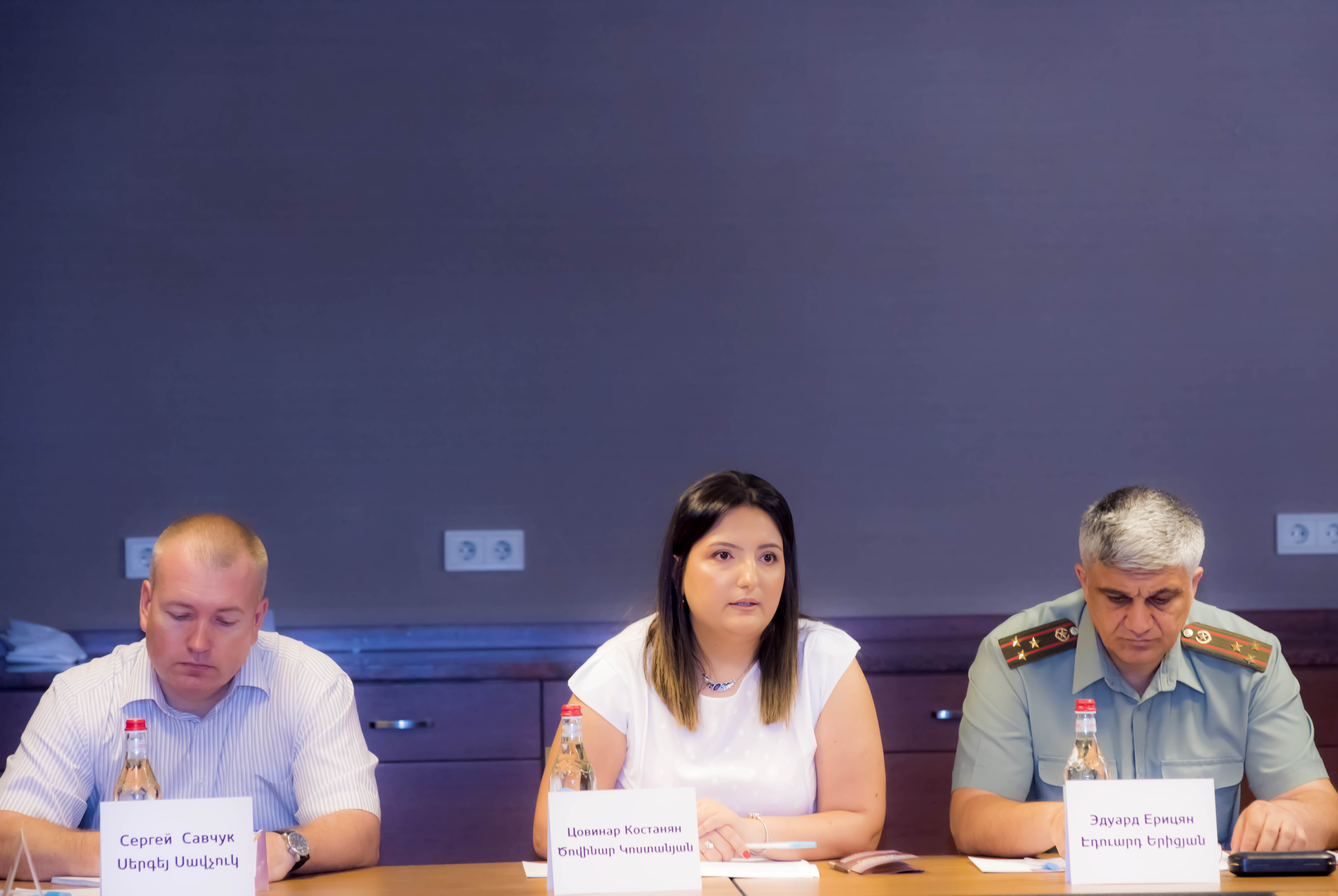 ArmInfo. Russia is a strategic partner of Armenia, today between the two countries signed more than 60 various documents and agreements in the defense sector. In Yerevan on June 24 at a round table

The Armenian military reminded that, given the difficult to predict situation in the South Caucasus, the Armenian-Russian Joint Group of Forces has been established to ensure security and stability in the region, promptly uncover threats and prevent them. "For Armenia, it is important that the grouping is deployed in the territory of the republic and is controlled by the Armenian command. A unified regional air defense system plays an equally important role in cooperation," Yeritsyan said.

According to him, the meaning of the Armenian-Russian co-ordination of the military element is the preparation of military personnel. The military Armenia is also a member of the CSTO member states in the exercise of the right to education in Russia, adding that the colonel added that this would be the task of the military personnel, which correspond to the international standards. "The number of quotas provided to Armenia is discussed in advance each year, all our needs are covered," Yeritsyan said, adding that interaction in the military-technical sector is another strategic area. He recalled that in Russia the Armenian loser creditors were able to purchase armored and military equipment, which would be given to the unarmed or unworldly prestige.

Yeritsyan said that on September 21, 2016, the Armenian side will be demolished on the 21st of September, but has been redeployed to the highest level of sovereignty over Russia in the fight against corruption. He recalled about the work done by the Armenian counterparts in the field of technical service in the field of military and military equipment.

The Armenian colonel did not bypass both the interaction within the CSTO and the conduct of various kinds of exercises at different levels. "If earlier these exercises were conducted in a kind of chaos, then the last year everything is organized according to a new strategy, all exercises are held according to a common plan, one after another in the territory of each country of the Organization, depending on their scenario.  This year, but next 3 of 4 CSTO exercises will be held on the territory of the Republic of Armenia, "Yeritsyan noted, adding that this year tactical and special exercises -" Search "," Interaction ", "Indestructible Brotherhood " also for the first time will be "Echelon" exercices.

At the same time, he stated that the Armenian side actively participates in military exercises initiated by the Russian side. According to him, the geography of the army games over the years has expanded considerably, and this year they will already be held in 10 countries, including Armenia. "The Militaries of the World" competition will take place in Armenia. "I would like to note that this year, as in the past, the Greek military will take part in it. Greece is the only NATO country that participated in these army games and only in the territory of Armenia, how it respects Armenia and cooperation with her, " the colonel said.

Yeritsyan also touched upon the participation of the Armenian side in a humanitarian mission in Syria, and stated that the first stone on the participation of Armenia in a humanitarian mission of this nature was laid in Yerevan at the 2016 CSTO summit. "Neither did we send our specialists from Syria from the bay of February 7 of this year. No, this issue was worked out for a very long time. Russia provided all kinds of support to Armenia both in the matter of delivering humanitarian supplies and redeploying our mission.  And as you already know, on June 4 and 14 the first rotation of our specialists took place. We attach great importance to the realization of this mission. This is the first interaction between Armenia and Russia on such an important issue, on the issue of cooperation in one of the hot spots of the world. We are the first who at this level actually supported Russia, "concluded Yeritsyan.