On June 19, the legendary Hungarian ensemble "Amadinda" will appear  before the Armenian audience for the second time. 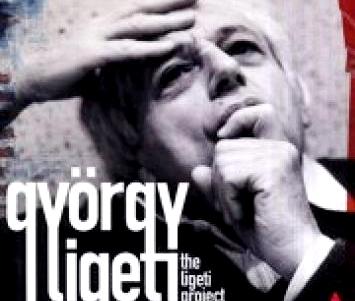 ArmInfo. The legendary Hungarian  percussion ensemble "Amadinda" on June 19 in the concert hall of Aram  Khachaturian will give another concert for the Armenian audience.   This was announced during a press conference with the participation  of musicians, dedicated to the upcoming concert.

In the course of the Yerevan concert, the Hungarian percussionists  will perform European and African music, as well as works by  composers of the 20th and 21st centuries. In particular, the  repertoire of musicians includes masterpieces of the percussion  repertoire of such outstanding composers as John Cage, Gyorgy Ligeti,  Stephen Reich. "We are trying to play their works at every concert,"  said one of the musicians, noting in this vein that the group will  appreciate the Armenian audience with the music of Stephen Reich.  Answering the question of ArmInfo, one of the musicians Karoy Boitosh  noted that for all 35 years of his musical career, the band toured in  36 countries of the world, was on 4 continents, but during the very  first visit to Armenia, the musicians had one of the warmest  receptions. "If they ask me where we were, where we spoke, you can be  sure that in the first three countries I will call Armenia without  undue modesty," he said. The musician noted that the range of  instruments is quite wide, some of which are made by them  independently. "The area of our studio in Budapest is 320 square  meters, half of which is occupied with tools," said K. Boytosh.  Speaking about the creation of the group, he noted that the ensemble  of "Amadinda" drummers was created in Hungary in 1984. The name of  the group borrowed from the Ugandan musical instrument similar to  xenophones.

<We wanted the percussion music to become more widely known in  Hungary. Indeed, at that time, outstanding composers who write music  for percussionists have already given their great works to the world,  and not one of them did not sound in Hungary, and we were the first  ones, "said K. Boytosh. The group consists of four musicians,  graduates of the Budapest Conservatory - Zoltan Rat, Zoltan Vaci,  Aurel Hollo and Karoya Boytos.

It should be noted that the concert will be held within the framework  of the XX International Music Festival "Yerevan Perspectives" and  will be held under the patronage of the RA Prime Minister Nikol  Pashinyan with the assistance of the My Step charitable foundation.