Haykak Arshamyan: Western Armenian language is on the verge of extinction 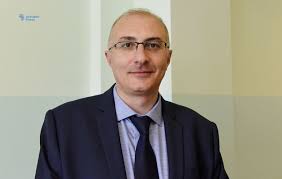 ArmInfo. The Western Armenian language is on the verge of extinction.  On June 18 Executive Director of Hayastan All Armenian Fund Haykak Arshamyan announced this on the margins of the 28th joint meeting of the Board of Trustees of the Fund and local bodies.

According to him, Eastern Armenian has been successfully preserved in foreign Armenian communities today. But if not enough efforts are made, according to Arshamyan, Western Armenian can disappear after 20 years. "One of the activities of the Fund will be aimed precisely at preserving this branch of the Armenian language for the purpose of pan-Armenian mobilization and preservation of national values", he said.

In this context, according to the head of the Fund, it is planned to implement small youth programs aimed at establishing closer ties with the Armenian communities in the framework of the so-called give back.