Artsakh-France Friendship Circle: We reaffirm our determination to contribute to the development of comprehensive cooperation between the peoples of Artsakh and France 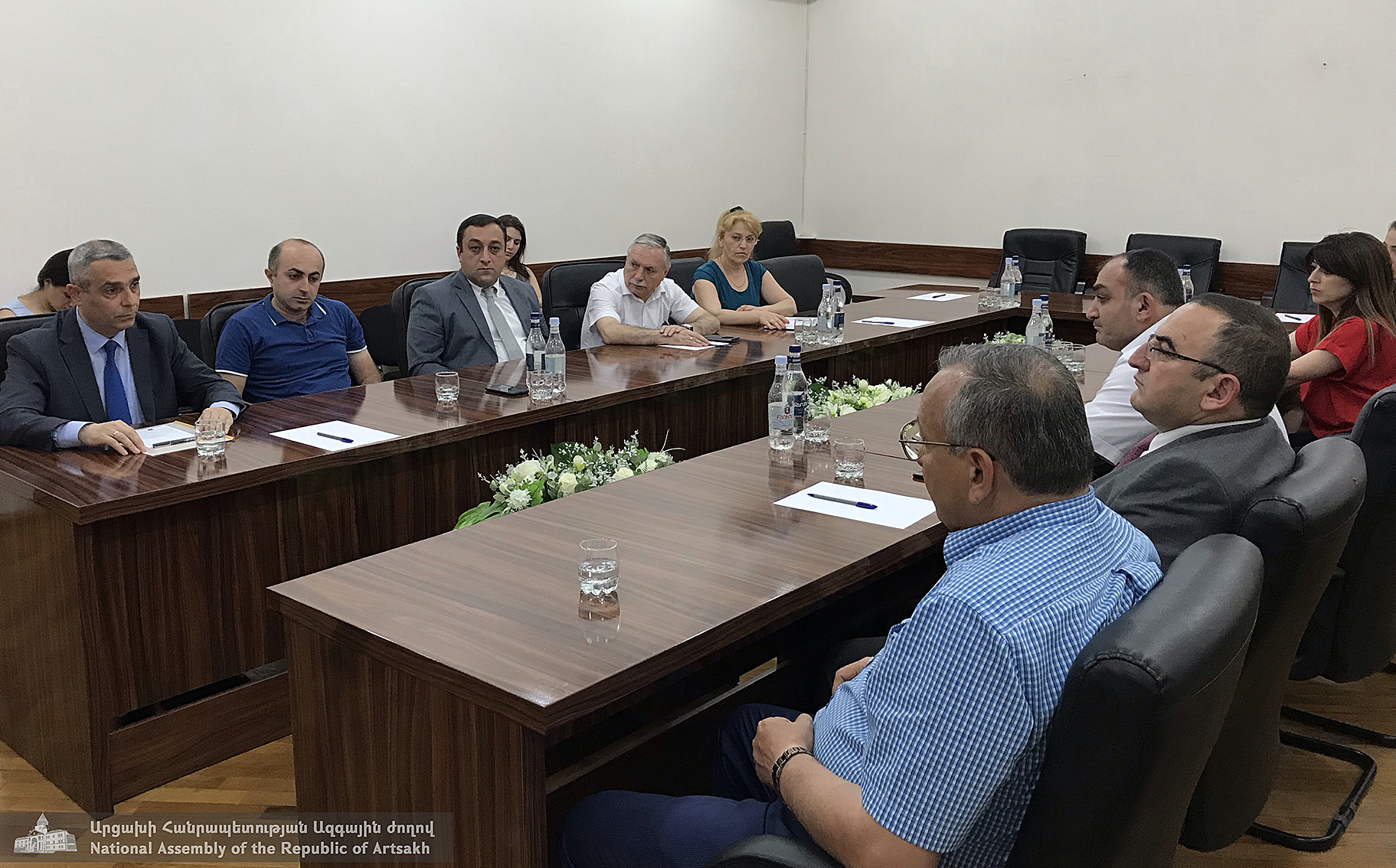 ArmInfo. A meeting of the Artsakh-France friendship circle was held in Stepanakert under the chairmanship of Speaker of Parliament Ashot Ghoulyan, at which issues related to programs implemented within the framework of the circle of friendship and upcoming projects were discussed.

As the press service of the NKR parliament told ArmInfo, the meeting also raised the issue of the annulment of friendship declarations by French courts between a number of French cities and Artsakh.  Artsakh Foreign Minister Masis Mailyan, participating in the event, spoke about the steps being taken in this direction.

As a result of the meeting a joint statement was adopted which in part reads: "Expressing regret on the French administrative courts' abolition of the declaration of friendship between the communities of Valence, Bourg-le-Valance, Bourg-de-Peage, Arnouville cities and the Republic of Artsakh

Welcoming the statements of the same cities' mayors to continue and develop established friendly relations as well as the a call of the members of the France-Artsakh friendship circle to the French government not to yield to the Azerbaijani pressures and maintain impartiality,

Highly appreciates cooperation with the friendly people of France at various levels  as an important means of promoting contacts between the two peoples in humanitarian, educational, cultural, sport and economic spheres,

Is convinced that decentralized cooperation between the settlements of Artsakh and France best reflect the commitment of peoples to develop relations based on equality and good governance, as well as the freedom and autonomy of local self-government bodies, Reaffirms its determination to contribute to the development of comprehensive cooperation between the peoples of Artsakh and France,

Urges the Armenian community of France and their French counterparts to continue actively working to reinforce and expand the established real partnership".

To recall, at the end of May it became known that the administrative court of Cergy-Pontoise of the French Val-d'Oise department declared invalid the declaration of friendship between the French city of Arnouville and the Artsakh community of Scheher. Last week it also became known that the administrative court of the city of Grenoble decided to abolish four more friendship charters signed by representatives of Nagorno-Karabakh with French settlements - the departments of Valence, Bourg-le-Valance, Bourg- de-Peage. The administrative court abolished the charter, guided by the arguments that they do not respect the international obligations of France and are contrary to the foreign policy of the country, which is the exclusive competence of the state.

The Artsakh Foreign Ministry expressed regret with these actions of the judicial authorities of France.