Nikol Pashinyan visited the Ministry of Education, Science and Culturepresented the tasks that he expects from the department 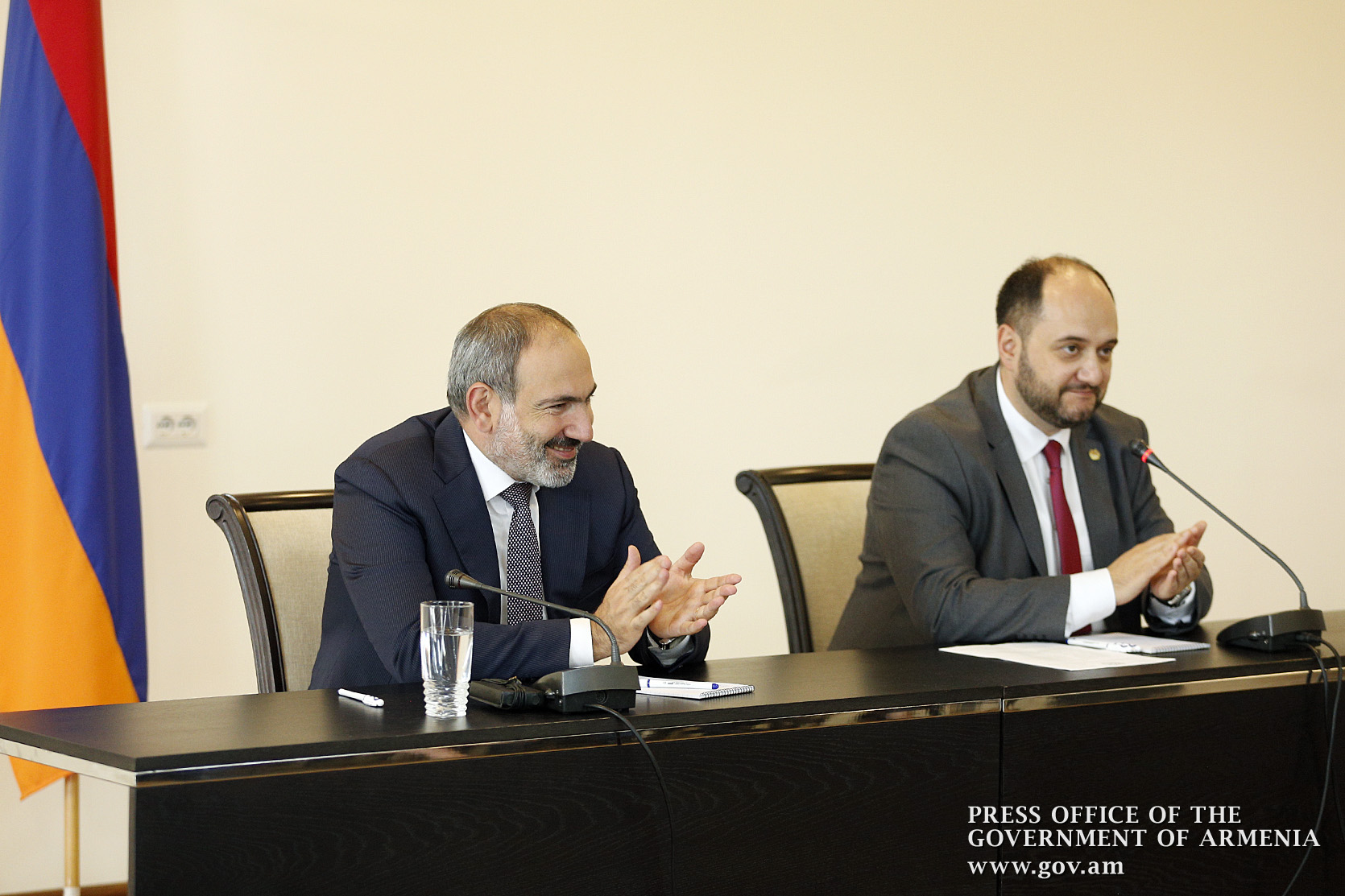 ArmInfo.  Prime Minister of ArmeniaNikol Pashinyan visited the Ministry of Education, Science, Culture,held a meeting with employees and presented the tasks that he expects from the department.According to the Prime Minister's press service, the Minister of Education, Science, Culture and Sport, Araik Harutyunyan, presented his deputies responsible for each area.

Pashinyan noted that the Ministry of Education, Science, Culture and Sport has a conceptual meaning: "We considered this structure in the following logic: we perceive culture, especially today, as an educational phenomenon and consider education a cultural phenomenon.  In our opinion, it is this combination that should lead to significant changes, because it is in this dimension that we, in essence, decide what content we want to create in our country, what level of social relations we want to form. In this regard, I believe that the ministry should seriously work to delineate the desired image of a citizen of the Republic of Armenia and make this image a reality based on wide public discussions, "said the prime minister, adding that ideas of paramount importance after the events of last year should become a reality, which is one of the most important provisions of the government program.

According to Nikol Pashinyan, the current political messages should also reach the public through culture.  According to the head of the executive branch, the state should have a concrete impact on the content that is provided to the population through cultural channels.  "However, this does not mean that the state should create a" cliche "and give it to the public," the premier of Armenia assured. Another important issue, according to the head of the government of Armenia, is the issue of the functional role of cultural centers.  The prime minister stressed the importance of their popularization.

The next task, according to Pashinyan, is national identity.  According to the prime minister, the Armenian people and the diaspora should have a higher degree of personal identification. He pointed to a satisfactory level of identity, which he believes is often associated with a certain division of educational policy in Armenia and the diaspora. <In many cases, we were faced with realities, when the same content in the diaspora and Armenia was displayed differently or under the same heading, but this is a completely different content, which, in my opinion, is a strategic issue in terms of strengthening our national identity.  We need to pay more attention to identity issues. That is, our identities should not be separated from each other due to the peculiarities of our educational and cultural life, "said the Prime Minister, also touched upon the problems of urban planning, which is also closely interconnected with the culture in his opinion.

Regarding education, the head of government noted that the most fundamental issue here is related to the general education sphere. He noted the importance of educating a citizen from school and providing children with material that meets the country's strategic goals.  According to him, education is the cornerstone in promoting the fact that Armenia is a high-tech, democratic and non-violent state. He noted the importance of excluding the propaganda of violence and the phenomenon of criminal mentality.  According to the Prime Minister, they must be eradicated from our country, because other problems arise from them, including those of a political nature.

Speaking of higher education, the head of government said that there is good potential in this system, and in this area it is necessary to achieve some organizational decisions in order to change the image of universities. Nikol Pashinyan stressed the importance of the internationalization of higher education, which will stimulate the raising of universities to a qualitatively new level.

Touching on science, the head of government said that its practical implementation is also of strategic importance.  <And in all this process, I expect the Ministry of Education, Science, Culture and Sport to work closely with the Ministry of High Technologies, because this whole process should ultimately lead to the transformation of education, science and education into one of the most important tools to stimulate the economy . This transformation will not occur unless the ministry of education and the high-tech industry ministries take clear, planned, and consistent actions. The scientific committee also has its own functions and tasks. Of course, we talked about this several times, including at meetings of the Military Industrial Commission. And here, indeed, the cooperation of the two ministries is of fundamental importance, "said Nikol Pashinyan, attaching great importance to the implementation of scientific results in the economy.