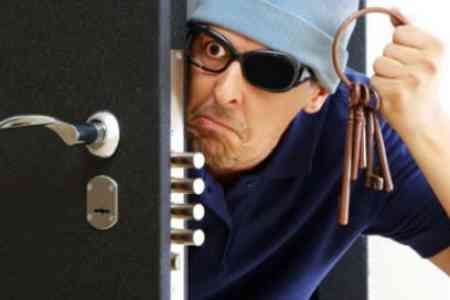 According to the report, the National Security Service obtained operational data that two RA citizens want to sell paintings of exceptional value and belonging to the National Gallery SNTO - the paintings of Mathias Brassau "The Hunter" and Isaac Levitan "Etude:  Spring Landscape". "During the inspection, it turned out that as early as 2012, a criminal case was opened in the UK over the fact of theft of 10 items from the gallery and office of the SNCO director during the period from 1951-1992, including the above canvases, but the crime was not disclosed" - said in the message of the National Security Service of the Republic of Armenia, while emphasizing that due to the joint actions of the staff of the National Security Service and the SC, and with the assistance of the police, complex investigative and investigative activities were carried out, which resulted in , persons involved in the theft of objects of cultural value and suspected of complicity were identified and subjected to drive.  "The above-mentioned objects were found and confiscated from the latter. Measures are being taken to objectively investigate and identify all the participants in the crime. The investigation continues," the RA National Security Council said.

It should be noted that in April of this year it became known that according to the results of the audit for 2018 and 2019, the Armenian Prosecutor's Office revealed the facts of embezzlement at the National Art Gallery of 120.25 million drams (about $ 250 thousand).  Among the missing exhibits is the painting <Philharmonic Hall> by artist Martiros Saryan, worth 60 million drams (more than $ 120,000) and <Revival> by Hovhannes Zargaryan, worth 2 million drams (over $ 4,000). In total, 626 objects disappeared - paintings, tapestries, graphic works, sculptures. Employees of the Prosecutor General's Office have established that the inventory of stocks in the gallery funds has never been carried out, despite the fact that this is a mandatory procedure. A criminal case was initiated on the fact of the disappearance of paintings under Part 3 of Article 177 (theft with illegal entry into a dwelling, storehouse or room), Part 1 of Article 180 (theft of objects of special value) and Part 2 of Article 315 (negligence) of the Criminal Code of Armenia.