Mnatsakanyan: Cooperation program for 2019-2022 between Armenia and CoE is a good tool for implementing reforms in Armenia 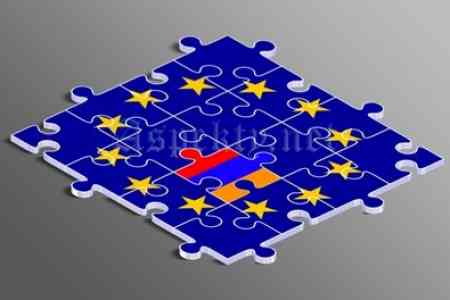 "It is a great pleasure for me to start the action program for the  next three years, with a budget of about 19 million euros. This is  more than the budget of previous programs and more ambitious.  The  program involves a wide range of reforms from the criminal law system  to the fight against corruption. Armenia has demonstrated that it is  serious and ready for reforms consistent with European standards  focused on the protection of human rights. The processes that took  place in our country in April-May last year are striking example of  this, "the Armenian Minister said, adding that the Council of Europe  is ready to promote reforms in such an important direction as the  judicial-legal system. According to Mnatsakanyan, Armenia needs an  independent, impartial and objective judicial system.

"The Government of Armenia has demonstrated its determination to take  immediate steps towards the implementation of reforms in this area.   We are grateful to Secretary General of the Council of Europe  Thorbjorn Jagland for calling the Armenian Prime Minister and  expressing his support in this direction, "he said, recalling that  the Secretary General of the Council of Europe also wrote a letter to  the RA Prime Minister, a week later, high level European experts  arrived in Yerevan, who will assist in developing steps in this  direction and will provide financial assistance.

Speaking about the 70th anniversary of the Council of Europe,  Mnatsakanyan assured that the European family and its values are  important for Armenia,which experienced on itself the results of  membership in this structure and on favorable and not so good days  for the country.