Survey: Citizens estimate the activity of the mayor of Yerevan at 3.3  points on a scale of 5 points 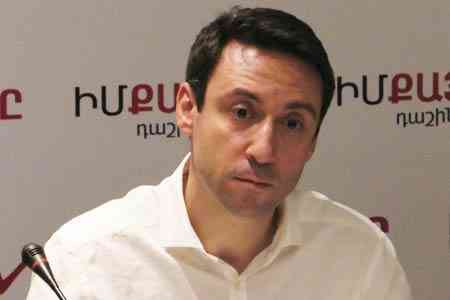 ArmInfo. Citizens estimate activity of Yerevan Mayor Hayk Marutyan at 3.3 points on a scale of 5 points. Director of the Gallup International Association office in  Armenia Aram Navasardyan stated this on May 22 in Yerevan, presenting  the results of the Pashinyan government's 100-day survey.

The survey was conducted from April 30 to May 9. 1108 people  throughout the country attended in it, the error is 3%.

At the same time, 4.9% of respondents said that the issue of elevator  maintenance improved under Marutyan, 15.6% said it had worsened,  61.2% said that nothing had changed, another 18.3% were undecided.

At the same time, 40.5% of respondents indicated that the state of  garbage collection deteriorated, 42.7% indicated that nothing had  changed, 15.6%, on the contrary, noted that the situation in this  regard had improved, another 1.2% found it difficult to answer.

The problem of public transport, according to 61% of respondents,  remained at the same level, 19% indicated a deterioration, and 8.9%,  on the contrary, improvement, 11.1% found it difficult to say.

At the same time, 56.3% fully supported the decision of the capital's  measure to demolish a cafe near the opera house.