Ramkavar Azatakan Party: A situation has arisen in Armenia that  threatens the future of the Armenian state 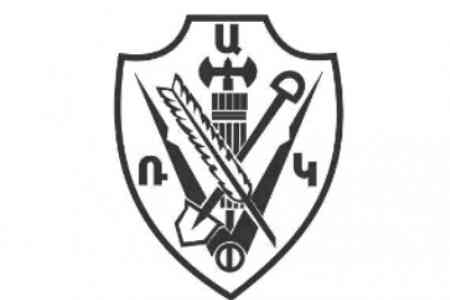 ArmInfo. The Ramkavar Azatakan Party  expresses its concern over the tense situation in Armenia, which  threatens to split the society and spread hatred. This is stated in  the statement of the party received by ArmInfo.

The statement, in particular, states that the fact of the split is of  particular concern when the current authorities and their citizens  and public organizations are dragged into it. "Such behavior causes  the spread of the atmosphere of hatred. This is especially disturbing  when the acting head of government, who actually controls the  executive and legislative bodies, is now trying to put pressure on  the judicial system. This phenomenon contains elements of  overthrowing the constitutional system," the party representatives  say.

It is also noted that the Central Committee of the Ramkavar Azatakan  Party calls on everyone to refrain from any actions that violate the  law and are contrary to the Constitution.

"A situation has arisen in Armenia that threatens the future of the  Armenian state. We should not forget that we live in a state of  unfinished war, and the division of society and hatred contribute to  the strengthening of the militarism of our enemies and the fall of  the rating of our country at international sites", noted in the  statement.

In conclusion, representatives of the Ramkavar Azatakan Party express  the hope that the current difficult situation will soon be resolved  through the intervention of all healthy political forces, and above  all by the efforts of the current government.

To note, Prime Minister of Armenia Nikol Pashinyan made an appeal to  the citizens of the republic to block the entrances and exits of all  courts. "From 08:30 am on May 20, we block the entrances and exits of  all courts in the republic without exception, so that no one can  enter," he wrote on his Facebook page, adding that tomorrow at 12:00  the second,  the most important stage of the Armenian revolution, and  that he will make an important statement about the situation in the  judicial system.

The Defender of Human Rights, the Chamber of Lawyers, the High  Council of the Judiciary and a number of political parties have  already spoken against this call of the Prime Minister. Armenian  President Armen Sarkissian and Catholicos of All Armenians Karekin II  also commented.