Armenia to host electronic music festival on May 6 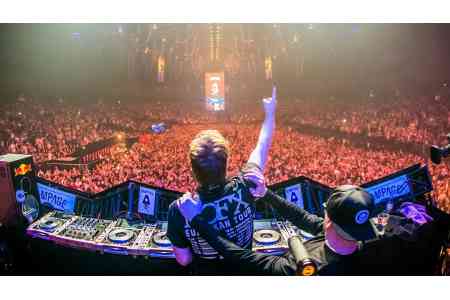 ArmInfo.The Government of Armenia allocated 6 million drams to the Service for the Protection for the Historical Environment and cultural Museum-Reservations SNCO for organizing an electronic music festival in the Garni Historical and  Cultural Reserve jointly with the Triangulum Community.

As the Deputy Minister of Culture Tigran Galstyan stated, presenting  the document, the draft decision is proposed to carry out procurement  within the framework of the event from one person.

The electronic music festival will be held on May 6 and will be  broadcast by Cercle, a French media company. Due to this, millions of  viewers will be able to follow the event. As indicated by the  Minister, the media company is the organizer of a number of similar  events in various parts of the world. In the region, Armenia will be  the first country where Cercle will broadcast the event.

As the initiators of the festival expect, the online broadcast will  provide views of 10-30 million people worldwide through social  networks. Its holding on the territory of the Garni Historical and  Cultural Reserve will serve not only to popularize the area, but also  increase the recognition of Armenia for millions of people.