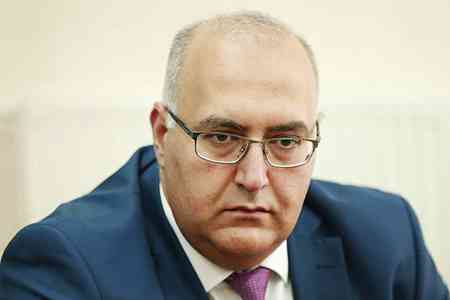 ArmInfo. On April 23, Vice  Prime Minister Tigran Avinyan presented the leaders and staff of the  Public Services Regulatory Commission (PSRC) of Armenia with the new  head of the Commission Garegin Baghramian, who was elected as the  country's parliament for a five- year term.

According to the press service of the RA government, the vice-premier  expressed the hope that the new chairman of the Commission, during  his mission, with the help of his in-depth knowledge and experience  will carry out the work of the body in the best possible way.In his  response, PSRC chairman Kareg Baghramyan said that his work will be  aimed at ensuring the independence of PSRC, increasing the level of  transparency, ensuring a balance between consumers and business  entities. Due to this, as Garegin Baghramyan stressed, the public  will increase confidence in the decisions on tariffs made by the  Commission.