Yerevan Mayor: Employees of the Yervan mayor`s office worked day and  night tirelessly - their work will be rewarded 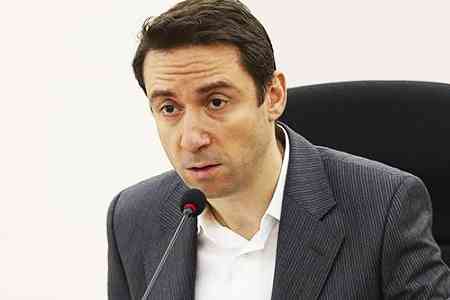 ArmInfo.All employees of the Yerevan mayor's office, with the exception of the capital's mayor, will receive quarterly awards. Mayor of Yerevan Hayk Marutyan  announced this on April 23 at a meeting of the Council of Elders of  the Armenian capital.

"In the future, we will also think about raising the salaries of the  mayor's office workers. But today, all the staff of the mayor's  office, who worked day and night, and did a great job - three to four  times the workload for the same period last year, the year before  last, and naturally, for his work, dedication, deserves a reward, a  quarterly bonus will be paid, "said Marutyan.