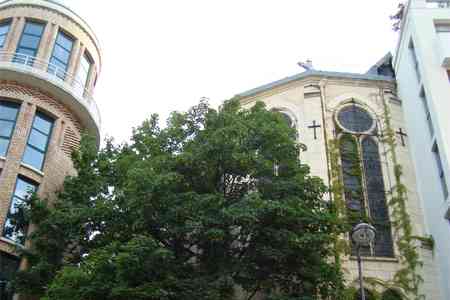 ArmInfo. A liturgy in memory of the victims of the Armenian Genocide was held at Our Lady of Lebanon of Paris Cathedral. The Ambassador of Armenia to France  Hasmik Tolmadjyan wrote about this in her Twitter.

The Our Lady of Lebanon of Paris Cathedral is the main church of the  diocese of the Maronite Catholic Church in Paris.

Earlier, the liturgy was planned to be held in the Cathedral of Notre  Dame, which was seriously damaged in a fire on April 15. We also note  that in France, on April 24, by decree of President Emmanuel Macron,  was declared the Day of Remembrance of the Victims of the Armenian  Genocide.