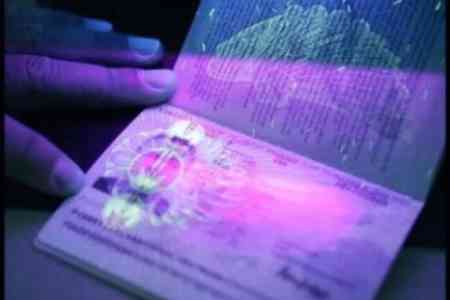 ArmInfo.The implementation of ID cards in Armenia will be extended for 2 years. Amendments to the laws "On Identification Cards" and "On Citizen Passport" are  discussed at a plenary session of the parliament on April 19.

Presenting the package of amendments, Deputy Chief of the RA Police  Hovhannes Kocharyan noted that the process of introducing ID cards  and biometric passports started in 2008. The deadline for their  introduction expires in 2019, but about 300 thousand citizens of the  country are still need to receive them.  In this regard, it is  proposed to extend the period by 2 years - until 2021. The deputy  police chief also said that from January 1, 2017, the term of the  contract with the Polish company PWPW, which printed biometric  passports and ID cards, expired. With the extension of the terms of  their introduction will be an opportunity to negotiate with the  producers of identity documents. A new contract will be concluded  with the winner of the upcoming competition.

Earlier, at the meeting of the RA government, Chief of the RA Police  Valery Osipyan noted that with the adoption of the package, the  social issue will be resolved, because in the absence of an ID card,  a citizen will have to pay 25 thousand drams instead of 3 thousand.  The police chief emphasized that the cost of producing one biometric  passport is 10 euros, that is, for 300 thousand citizens of the  country it is necessary to find about 3 million euros.

To note, since January 1, 2014, Armenian citizens do not receive  old-style passports, since ID cards and biometric passports have come  into force. The fee for an identification card is 3 thousand drams,  for a biometric passport 25 thousand drams. ID cards and biometric  passports are issued for a period of 10 years.  The identification  card is intended for internal use, and the passport is for travel  outside the state.

The identification card has the appearance of a regular plastic card,  and the passport is a type of the current passport of a citizen of  Armenia. In addition to personal data, digital photos, electronic  signatures, the passport will contain the fingerprints of two index  fingers of the owner.

To recall, the process of introducing new passports started in  Armenia since 2008. The introduction of a biometric passport system  and the manufacture of electronic ID cards are carried out by the  Polish company PWPW.