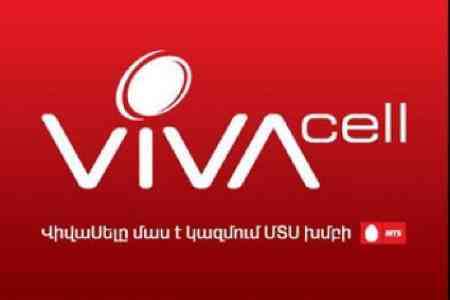 ArmInfo.VivaCell-MTS has launched cloud Private Branch Exchange (PBX) solution for big companies, as well as small and medium enterprises. Access to cloud PBX is being provided through Data and Internet channels (IP network) from anywhere inside Republic of Armenia.

Cloud PBX gives an opportunity to unite the offices of a company in various geographic locations under a single virtual “roof” by means of short numbers and a row of other services.

“Cloud PBX represents a useful and affordable solution for the corporate segment. This sphere is also in the focus of attention of VivaCell-MTS. By choosing the virtual corporate PBX offered by VivaCell-MTS, companies will not only get another set of high-quality services but will be also able to significantly reduce their expenditures as compared to the traditional mode of corporate phone services provision”, VivaCell-MTS General Manager Ralph Yirikian commented.

The PBX has a flexible infrastructure, which lets customize its settings in a way as to meet the company’s needs as close to its activities and objects as possible.

In the frames of the VPBX service, the following features are available:

All prices include VAT.