By end of year, it is planned to purchase 24 KAMAZ trucks for amount  of 900 million drams in Yerevan 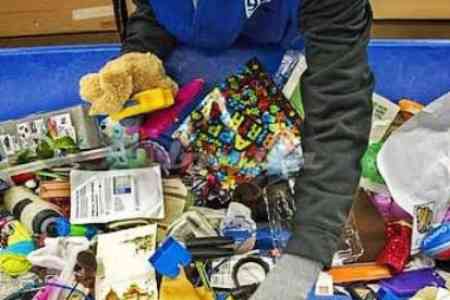 This was announced at a press conference on April  18 by a spokesman for the capital's mayor Hakob Karapetyan, noting  that in light of the trials for the tender, the tender was postponed  indefinitely, but in order to avoid a sharp crisis on garbage  collection, in particular in summer, the mayor's office Yerevan asked  the government for permission to purchase several garbage trucks in a  short time.

It should be noted that the mayor of the city, Hayk Marutyan, at a  meeting of the Cabinet of Ministers, asked the government for  permission to purchase 15 garbage trucks in a short time. As a  result, on April 18, the Government of Armenia allowed to make  purchases from one person by directly concluding a contract.

According to Karapetyan, the purchase of cars will be from one  person, since such a deal will become more profitable and quick.   <Yerevan needs certain cars with appropriate parameters, taking into  account the terrain and climatic conditions of the city, there are a  number of professional nuances. According to these criteria, KAMAZ  vehicles will be purchased, the advantage of which is their  availability>, he explained.

Speaking about the cooperation of the city hall with Sanitek,  Karapetyan explained that the process of garbage collection was  carried out with only one operator, and the contract implied that the  company's resources and the quality of its management would be used  at the proper level, given the garbage crisis that we saw in the  past, in particular, in the summer of 2018 and continues to this day,  the Yerevan Municipality considers it necessary to connect one more  operator, and also, in the shortest possible time, without a  competition, buy cars to avoid a crisis in the field of garbage  collection.

<We understand that Sanitek cannot and probably will not be able to  further carry out the duties facing it under the contract, therefore  there is a question about including the second operator. As you see,  the situation worsens every day; the Yerevan Municipality is looking  for opportunities to create a buffer that will help avoid such  situations with garbage disposal. We can not wait for a decision on  the approval of the timing of the competition, as this may occur in  June, July. Based on this logic, Marutyan asked the Armenian  government to allow purchases from one person by directly concluding  an agreement, "Karapetyan said, noting the issue of engaging the  second operator is under discussion and it is possible that the  Yerevan community will become this alternative.

According to him, Sanitek has no resources at this moment to get out  of the current crisis. After visiting the company's fleet, the  Yerevan Municipality assessed the organization's resources, stating  that the company is really unable to keep the city clean.

<The task of the mayor's office to keep the city clean, if the  operator does not have this opportunity, the mayor's office takes  measures within its authority to find these resources. With regard to  the activities of the Municipality on the issue of garbage  collection, the administration performs its duties from beginning to  end, 100%, and maybe more. Despite the fact that the situation leaves  much to be desired, for its part, the Municipality strictly fulfills  its obligations under this agreement, "he assured.

According to Karapetyan, the Municipality does not set itself the  task of aggravating the activities of Sanitek, on the contrary, it  calls for mobilizing the company's resources, adding that <sanctions  practice will be used to move from the Sanitek. We note that days  earlier for the inadequate fulfillment of commitments made for  garbage collection and sanitary cleaning <Sanitek> was fined 13  million drams.  According to Karapetyan, this process will be  consistent, until the mayor's office decides to acquire the necessary  resources. Speaking about the timing of the purchase of garbage  trucks, a spokesman for the metropolitan mayor's office said that  some of the cars will be brought to Yerevan in the coming weeks, and  the rest within a few months.

As for Sanitek's proposal to send funds received from the company's  fine to repair garbage cans and litter bins, which were set on fire  and damaged during the velvet revolution, Karapetyan explained that  the restoration of Sanite's damaged ballot boxes is not the  responsibility of the Municipality, advise <Sanitek> in this case  require the legal method of restoring its property from other  entities.

<Sanitek> is obliged to provide in the city the number of urns, which  should be in the amount of 8000 pieces, today there are only 5000,  and a significant part of them is either broken or damaged, not to  mention their cleanliness, which is also the responsibility of the  operator> , - he reminded, explaining that since the beginning of the  year the company promised to add these bins <tomorrow>, <the day  after tomorrow, and only in March <Sanitek> added 250 bins only in  the city center >>, explained Karapetyan.

He also recalled that in some areas of the city, the staff of the  Yerevan mayor's office had to use the tractor to take out the  garbage, calling this method ineffective, which should be used in  extreme cases.