UEFA will help Mkhitaryan to get a visa to Azerbaijan 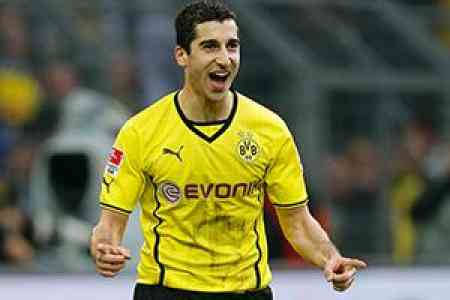 ArmInfo.Midfielder of London "Arsenal" and the Armenian team Henrikh Mkhitaryan will receive assistance from UEFA in obtaining a visa to Azerbaijan, where the  Europa League final will be held.

If Arsenal reaches the final of the tournament, UEFA will make every  effort so that all participants in the match have the opportunity to  play. Earlier, Mkhitaryan had to miss matches with Azerbaijani clubs  twice, as the authorities of the country prohibit the entry of  Armenian citizens. On Thursday, "Arsenal" at a party will meet with  "Napoli" in the second game finals of the Europa League. The first  game ended with the score 2-0 in favor of the Londoners. The winner  of this pair will challenge the ticket to the final with "Villarreal"  or "Valencia". The Europa League Final will be held on May 29 in  Baku.