Asaf Hajiyev: When we are threatened, we cannot but respond 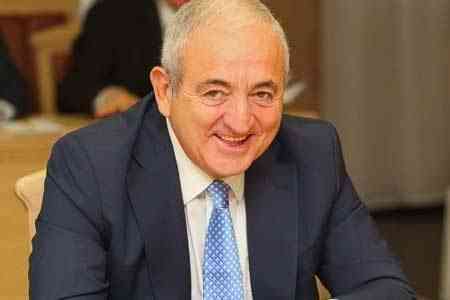 ArmInfo. Any negotiations are a step forward, as far as I know, the parties have stated that they have made some progress. On April 16, in a conversation with  journalists, in Yerevan, within the framework of a meeting of the  PABSEC Cultural, Educational and Social Affairs Committee Meeting,  Asaf Hajiyev, the Secretary General of the PABSEC (Parliamentary  Assembly of the Black Sea Economic Cooperation), member of the Majlis  of Azerbaijan stated answering ArmInfo correspondent's question about  the meeting of the Foreign Ministers of Armenia and Azerbaijan .

Hajiyev noted that it is very positive that during the negotiations  the parties reached an understanding, in particular, on the issue of  enhancing the humanitarian interaction component. "It is also very  positive that the parties agreed to organize reciprocal visits at the  media level, since the press can understand the atmosphere in the  neighboring country and present it correctly," the PABSEC Secretary  General noted.  At the same time, he again voiced the position of  Baku that negotiations can be successful only in the case of  .

According to him, "after the de-occupation of the territories, the  authorities of Azerbaijan are ready to provide Karabakh with the  highest status of autonomy>.  Hajiyev also touched upon the statement  of Armenian Defense Minister David Tonoyan on the implementation of  the principle of "new war-new territories".  "A similar militaristic  statement by the Armenian defense minister looks ridiculous. The  Azerbaijani budget almost 10 times exceeds the Armenian one. The  April war showed that the world has changed and Azerbaijan has  changed. And if the war is resumed, it will be of a technological  nature, and the strongest will win, "stressed Hajiyev.  The PABSEC  Secretary General also expressed hope that the Armenian Defense  Minister "will understand his mistake". Hajiyev  wondered.  At the remark of ArmInfo's correspondent that Azerbaijani  Defense Minister Zakir Hasanov makes no less militaristic statements,  threatening to reach Yerevan, Hajiyev noted: "When we are threatened,  we cannot but respond. From your side follows a statement that does  not carry anything except destructive policies, we just answered. Do  not justify Tonoyan, it is more correct to say that this was a wrong  statement.  Apparently in Armenia there are forces that do not want a  peaceful settlement of the conflict".  He also noted that twice the  parties were very close to resolving the conflict. , he concluded.