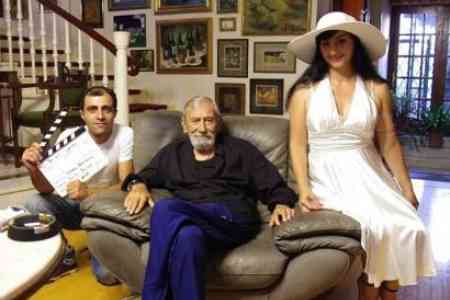 ArmInfo. The presentation of the "Yar-ari-Gyumri"  documental film will be held on April 16 in Tbilisi at the National Library of the Parliament of Georgia. A documental film is with elements of artistic narration about the culture and history of  Gyumri. Film authors reported this to ArmInfo.

The film was shot Vakhtang Kikabidze, Emil Galstyan (Armenia), Irina and Ksenia  Chernyaeva (Russia).  Representatives of ministries and departments  of Georgia and Armenia, the diplomatic corps accredited in Georgia  are invited to the presentation.

The author of the film is the head of the public organization  <Agora-Georgia> Victoria Maksoyeva (Georgia), whose activities are  aimed at strengthening the political, economic and cultural ties in  the region.  The film crew working on the film is Armenian-Georgian  (cinematographer is Garik Abelian).

The film "Yar-ari-Gyumri" was broadcast on the Public Television of  Armenia, and then on the television of St. Petersburg and the  Leningrad Region. In Russia, the film was a great success among those  who would like to visit Armenia.