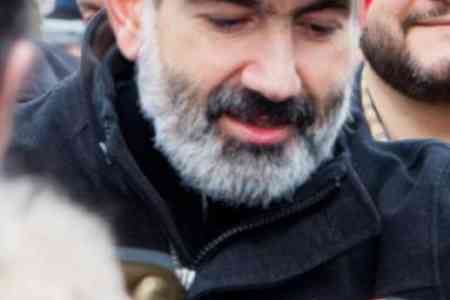 ArmInfo. Armenian Prime Minister Nikol Pashinyan will visit Strasbourg on April 10-11, where he will take part in a meeting of the Parliamentary Assembly of the  Council of Europe (PACE). The press service of the government of  Armenia reports.  According to the source, during the PACE plenary  session, the Prime Minister will give a speech and answer questions  from parliamentarians.

Nikol Pashinyan will also hold meetings with the Secretary General of  the Council of Europe Thorbjorn Jagland, PACE  President Lilian Mori  Pasquier, President of the CE Venice Commission Gianni Buquicchio.  The RA Prime Minister and the CoE Secretary General will make a joint  statement to the press.

Nikol Pashinyan, Thorbjorn Jagland and Lilian Mori Pasquier will open  a photo exhibition dedicated to the velvet revolution in Armenia.

During the visit, the Prime Minister will meet with representatives  of the Armenian community of Strasbourg.