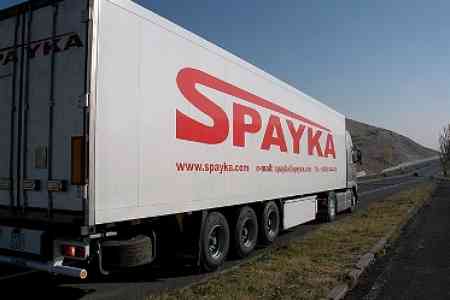 ArmInfo. The events related to  the arrest of David Ghazaryan, CEO of Spayka company, are in the  center of attention of the Armenian Ombudsman Arman Tatoyan.

The  press service of the Ombudsman's office told ArmInfo that, according  to Tatoyan's decision, a discussion procedure was launched to  implement the steps stipulated by law. A corresponding letter has  already been sent to the State Revenue Committee. The human rights  defender will also visit the penitentiary and meet with Ghazaryan.

Earlier, the court of general jurisdiction of Kentron and Nork-Marash  administrative districts of the city of Yerevan granted the request  of the investigator of the investigative department of the State  Revenue Committee of Armenia and decided to arrest Spayka's director  David Ghazaryan for a period of 2 months.  The employees of the LLC  reacted very rapidly - several hundred people gathered outside the  court building for a protest action in support of Ghazaryan. They  called the court decision "shameful and unfair," and demanded a  meeting with the prime minister. Then the protest continued in front  of the RA government building. The company employs about 2500 people.