Employees of "Spayka" hold a protest against SRC actions against  director of company; director himself categorically denies all  charges 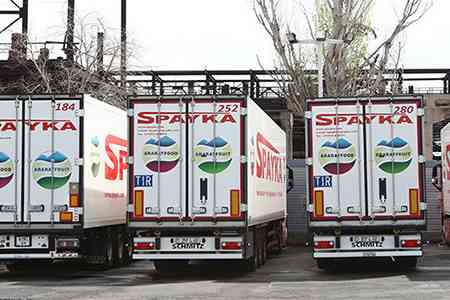 ArmInfo. Employees of Spayka LLC hold a protest against the actions of the State Revenue Committee against the director of the company, David Ghazaryan, at the press  conference held at that time at the press conference that categorically denies all charges.

Employees of the company hold a protest action on the Ashtarak  highway, near which there are greenhouses of "Spayka". They demand to  stop the criminal prosecution of Ghazaryan, fearing that otherwise  the company will cease its activities and they will remain without  work. According to the protesters, today from noon employees of the  company were forbidden to work.

Meanwhile, at the press conference taking place at these moments,  Ghazaryan, in particular, stated that the SRC is pursuing the  prosecution against him, and that all the allegations made against  him are groundless.  "I didn't  and don't be engaged in politics, the  charges of stealing 7 billion drams by me are fictitious," Ghazaryan  said.

Earlier, SRC made a statement about the situation around the Spayka  company. According to the SRC, the management of "Spayka" LLC from  different European countries in 2014-2015 purchased cheese, pears,  apples, Chinese cabbage, tomatoes and other goods to be imported into  Armenia. When exporting the specified consignments of goods through  the Armenian-Georgian border, the customs authorities of Georgia were  presented with real documents for these goods - name, weight, cost,  country of origin.  However, when these goods were imported into  Armenia, false documents were submitted that they were allegedly  exempt from customs duty and value added tax. As a result, the  imported goods were customs cleared in Armenia without calculating  customs duties and value added tax. Thus, the state was damaged in  the amount of 7,036,666,312 drams. SRC submitted a petition to the  court for the arrest of Ghazaryan.  To note, just a few days ago,  Prime Minister Nikol Pashinyan visited the opening of a new plant of  the company, which will produce mold cheeses using Dutch technology.

The Spayka LLC is the largest exporter of fruits and vegetables from  Armenia (mainly to Russia).