For the first time, Eurimages will finance an Armenian film project 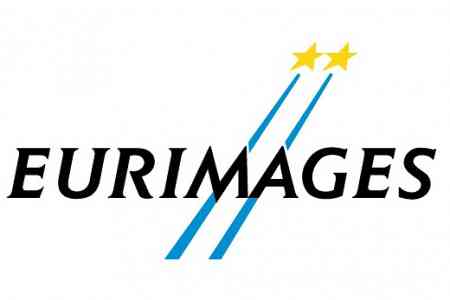 ArmInfo. For the first time, the Eurimages European Cinema support fund_will finance a film project with an Armenian <passport>.  Head of the National Cinema  Center of the Republic of Armenia Shushanik Mirzakhanyan stated this  at a press conference on March 29.

She said that during the meeting of the Management Board of Eurimages  which was held from March 12 to 16 in Bucharest, the film project  "Avrora's Sunrise" presented unanimously by 38 members of the Council  was commended. Eurimages will send 140 thousand Euros to support the  film, which is about 24% of the total budget of the film. The film is  directed by Inna Sahakyan, producer Vardan Hovhannisyan. The script  for the motion picture was written by Inna Sahakyan together with  Peter Lyakov (Canadian screenwriter of Russian origin). The film will  be shot together with the German film company Gebruder Beetz, which  will provide 27.15% of the picture budget. It is expected that the  film will be released in 2021.

The plot of the documentary-animated film will be based on the story  of Aurora Mardiganyan, who, at the age of 14, miraculously survived  the genocide and, after several years of wandering, reached America.   There, in 1919, on the basis of her life story and her ordeal, the  film "Auction of Souls" was shot, in which Aurora played herself.

According to Sahakyan, the preserved fragments of this film, as well  as archival materials of the Canadian- Armenian Genocide institutes  will be used in the motion pictures. <Work on the film project was  carried out over 4 years. The most difficult task was to provide the  Armenian component in the film. And in the case, we really hope, if  we succeed at various international film festivals, the film will be  presented as Armenian. This is very important for us, because,  unfortunately, there is practically no Armenian films on the  international film market, "the director said.

Answering the question of ArmInfo, she noted that the shooting will  take place mainly in Turkey, some fragments will be filmed in St.  Petersburg. <Since this is a documentary film, there will be a little  filming, but we want to show the main places and roads that Aurora  went through>, she said. The director noted that at the moment, only  half of the composition of the creative team that will work on the  film is approved. In this vein, she noted that the composer and  cameraman of the film will be representatives from Germany.

The total budget of the film, according to her, is about 580 thousand  euros. However, the amount of funding may change depending on the  amount of work. In addition, the director of the painting does not  exclude the accession of a third country.

<For us the most important thing is to talk about that terrible  tragedy on behalf of the victor. Aurora in this regard is just such a  person. The young girl, who went through all the trials, fought to  the last and reached the goal. Using exactly this approach, I want to  tell the world about the Armenian Genocide>, Inna Sahakyan  emphasized.

To note, the previous film of Inna Sahakyan < The Last Tightrope  Dancer in Armenia> (2010) won the Golden Apricot award at the  same-name international film festival in Yerevan, the awards in the  nomination "Best feature film" of the Russia Documentary Film  Festival, etc. Inna Sahakyan is also a producer many successful  films.  <Eurimages> - Fund for the support of joint film production  and distribution of cinematographic and audiovisual works,  established under the Council of Europe in 1988 and currently has 38  participating countries. Armenia became a member of the Foundation in  2016. During this time, Evrimage rendered assistance to 4 films, in  the creation of which Armenia participated. As part of its  activities, Evrimage provides assistance in creating co-products;  assists in the distribution of pictures, supports cinema shows and  partially compensates for the costs of converting films to digital  format.