Lydian: The Government of the Republic of Armenia has launched an  independent environmental impact assessment of the Amulsar Gold project 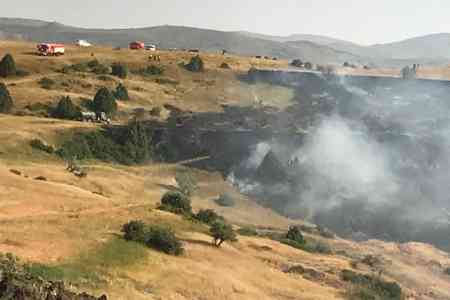 ArmInfo. Lydian International Limited announced today, March 19, that the Government of the Republic of Armenia had begun an independent assessment of the environmental impact of the Amulsar Gold project on water resources, geology, biodiversity and water quality. It is reported GLOBE NEWSWIRE.In September 2018, the Armenian government already commissioned an assessment of the possible consequences of the Amulsar Gold project in terms of water resources.

The scope of work under the current audit will also include an  analysis of the assessment of the impact of the company's activities on the environment and the social sphere (<EIA>). And this is despite the fact that the company's EIA was previously approved by the Armenian authorities in accordance with the legislation of Armenia - before <Lydian> initiated the Amulsar project.For the evaluation, which is expected to last from about 12 to 16 weeks, the Government of Armenia selected Earth Link and Advanced Resources Development (<ELARD>) as consulting firms.In February 2019, the Armenian government allocated $ 396,900 to finance the third audit, the start of which was announced earlier. In this regard, Joao Carrele, president and CEO of Lydian, said: "We have fully cooperated with the organizations that conducted the two previous government audits - since the blockade of the Amulsar mine in June 2018, and we will, of course, cooperate with ELARD in that an event that the government calls a final audit.At the same time, he stressed, we continue to work with the Armenian government to ensure the rule of law in order to restore access to the Amulsar project site and allow Lydian to resume mining and environmental protection measures, all at the same time as the third audit. Despite all our efforts, and at the same time - the intolerance of the current government to other illegal blockades in the country - Lidian is not allowed to resume work.The actions and, accordingly, the inaction of the Armenian government are part of an ongoing campaign against<Lydian> investments in Armenia. No other company in Armenia has undergone three inspections since June 2018.

The company does not agree either with the need or with the legal  justification for the third audit, since the Armenian government,  having approved the assessment of the EAC, has already confirmed that  the AmulsarGold project meets the environmental requirements of  Armenia, and <Lidian, relying on this approval, invested hundreds of  millions dollars.Recall that <Lydian Armenia> is a subsidiary of the  British Lydian International. The Amulsar project is the largest  industrial project in Armenia today for the development of the  Amulsar gold deposit with a total value of $ 370 million. In August  2016, the project was launched, which involves the construction and  development of the field. Preparatory work has been going on since  2006. The life of the Amulsarsky deposit will be 10 years and 4  months, with an average of 200 thousand ounces of gold (about 10  million tons of ore) planned annually. Estimated mineral resources,  as indicated in the Technical Report for the 1st quarter of 2017,  contain 3.5 million adjusted and specified ounces of gold and 1.3  million ounces of gold.Amulsar deposit is the second largest reserves  in Armenia. The stock is listed on the Toronto Stock Exchange.   Recall that last summer, the project had to be frozen due to the  performance of environmental activists who blocked entry to the mine site under construction. The new government of Armenia did not use force and announced the need for a new environmental expertise to fully assure the safety of the future operation of the field, located a few kilometers from the balneological resort town of Jermuk.