Avigdor Eskin: Opening of Armenian Embassy  in Israel is a  breakthrough 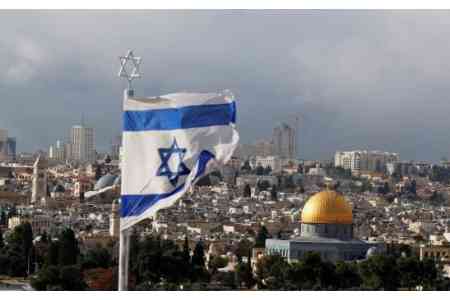 ArmInfo.. During the two days of stay in Israel, the Armenian delegation managed not only to agree on the upcoming visit at the highest level, but also to finally agree on  the opening of the Armenian Embassy in Israel. This is a breakthrough  in relations between the two countries. A similar opinion was  expressed to ArmInfo by Israeli political scientist, public figure  Avigdor Eskin.

Recently, an Armenian delegation headed by Deputy Foreign Minister of  Armenia Grigor Hovhannisyan visited Israel. During the visit, the  opening of the embassy in Israel was discussed with a view to  bringing relations to a new, higher level. During the meetings in  Jerusalem, the Armenian delegation also discussed organizational  issues related to the upcoming visit of Armenian Prime Minister Nikol  Pashinyan and Armenian Foreign Minister Zohrab Mnatsakanyan to  Israel.

"First of all, I would like to note the high professional level of  Armenian Deputy Foreign Minister Grigor Hovhannisyan and Armenian  Ambassador to Israel Armen Smbatian. The latter is still working from  Yerevan, but will soon settle in Israel. It was they who prepared the  ground for the visit of Armenian Prime Minister Nikol Pashinyan and  Foreign Minister Zohrab Mnatsakanyan to Jerusalem.

Eskin emphasized that the top officials of Azerbaijan continue to  evade visiting Israel.  Moreover, according to him, a few months ago,  the President of this country, Ilham Aliyev, participated in a fierce  anti-Israel gathering of several heads of Arab and Muslim countries  in Ankara. At the same time, according to a political scientist, the  experience of Israel, for example, in repatriation issues, can be  very interesting for Armenia.

"Thus, if in 1948 the Jewish population numbered 600 thousand, this  year it is about seven million. Armenia can also use the experience  of Israel in the successful development of high technologies,  agriculture, medicine and tourism. Israel's arms market is also fully  open to Yerevan. Of course, these are only the first steps, "he  stressed.

At the same time, Eskin reminded that for all the years of the  existence of independent Armenia, interaction between the two  countries was not observed. Moreover, by the twist of fate, it turned  out that Armenia became an ally of Iran, while Azerbaijan  systematically bought Israeli weapons and sold oil to Israel.

"However, now the geopolitical situations in the region is changing.  And the rapprochement between Yerevan and Jerusalem becomes a  conscious need of both parties. Meanwhile, I spoke about this during  my visit to Armenia and to Karabakh one and a half years ago. And  today it can be noted that all my theses presented at that time in  Yerevan and Stepanakert become a tangible reality in our eyes, "Eskin  summed up.