Armenia and Japan intend to deepen cooperation in environmental  protection 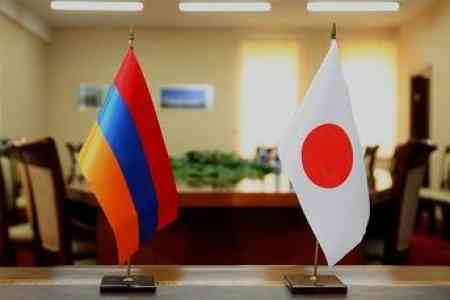 ArmInfo. Ambassador Extraordinary and Plenipotentiary of Japan to the Republic of Armenia Jun Yamad  expressed readiness to promote the deepening of direct  interaction between the environmental departments of Japan and  Armenia. He stated this during a meeting with RA Minister of Nature  Protection Erik Grigoryan.

According to the press service of the  Ministry, during the meeting, the sides discussed issues of  cooperation between Armenia and Japan in the field of nature  conservation, in particular regarding improving the overall  environmental monitoring system, automating the monitoring of  atmospheric air in Armenia, acquiring and introducing technologies.   The Ambassador noted that nature conservation is a priority for the  Japanese government. At the same time, he noted with satisfaction  that the new team of the Armenian government also attaches particular  importance to environmental protection.