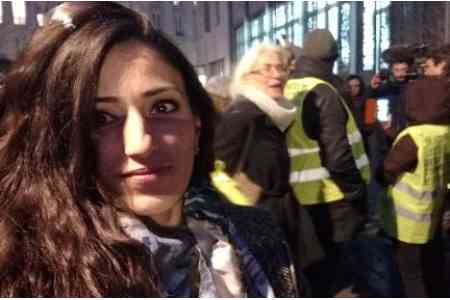 ArmInfo.Since recently, such an expression as fake news or information manipulation has been more and more frequently used in the information space. The problem of confronting information manipulation is becoming more and more global. And if in Armenia this problem has only recently become relevant, and the public has just started to think how to fight this evil, friendly France has already made tangible steps aimed at confronting this challenge.

The government of France at all levels is preparing its society to confront this problem, which has already become incredibly huge. Even children in school are taught how to distinguish between fake news, and in all the leading French media outlets there are departments that are engaged in identifying fake news.

The French Parliament has initiated a law on countering information manipulation. A corresponding law was developed and adopted to combat the manipulation of information and the dissemination of fake news.

Law comes to the rescue

As one of the initiators of this law, its co-rapporteur, Chairman of the Committee on Cultural Affairs and Education,  MP from the La République En Marche ! ("The Republic on the move!") party Bruno Studer, told the Armenian journalists who visited the French National Assembly in the framework of the press tour organized by the French Foreign Ministry, he felt the need for such an initiative during his previous employment, when he carried out pedagogical activity and participated in covering various political processes.

“Even then, I noticed that conspiracy theory takes on global significance, as well as felt the need to protect truthful information and prevent the spread of false news, more commonly called fake news, a term with American roots and semantic context. I prefer to use its French meaning, which is deeper. The purpose of our law is the protection of truthful information. We strive to protect and maintain two types of freedom - freedom of speech and freedom of choice, ”the French parliamentarian assured.

At the same time he clarified that the law aims to forbid ordered and advertisement materials during elections, to ban promoting the candidate or a political force through social networks during the elections campaign.

Studer also stated that the term fake news has its own legal niceties, since according to French legislation punsihment for apparent false information has been practiced since the 1980s. “That is, the purpose of this law is not the fight against false news, but the prevention of the spread of fake news of a mass nature, the suppression of information manipulations from outside, by other states. And France has already taken the first, however the most important step towards this end ”, the MP stressed and in this context added that educating the media and restoring trust between society and the media is of no less importance, since the media plays a serious role in shaping the information space.

The parliamentarian also informed that currently they are working to ensure that the law is in line with the European Directive on E-Commerce.

At the same time, the lawmaker stated that according to the law, the decision on whether the news is fake will be taken by the judges. According to the parliamentarian, any person can file a lawsuit in court, which within 48 hours will be required to render a verdict. “And if the judge decides that this or that information is false, access to the material will be blocked on the World Wide Web. This law is in fact also aimed at protecting journalistic activities. For instance, Facebook has rather commercial reasons for spreading this kind of news, it just makes money, and since fake news is very popular among people, we want to demand at the legislative level that this kind of material does not enter the top news, as well as creating “black list of mass media” which actively disseminatee false information, ”Studer stressed.

The lawmaker also admitted that the French media were initially skeptical of this law, but in recent weeks the situation has begun to change. At the same time, he urged not to make early conclusions on the law and wait a bit. Studer also expressed the hope that this law will be partially applied during the upcoming elections in May in the European Parliament. This law like any other one already has its opponents. Thus, the Head of Eastern Europe & Central Asia desk at Reporters Without Borders Johann Bihr, is skeptical about the application of the new law. “There is some dissatisfaction with this law, especially in terms of its application, since it will be very difficult for the judges to prove that this or that news is fake, especially in such a short period of time,” Bihr noted.

In addition to the legislative initiative, a joint report by the Center for Analysis, Planning and Strategy (CAPS, Ministry for Europe and Foreign Affairs) and the Institute for Strategic Research (IRSEM, French Ministry for the Armed Forces)was published entitled “INFORMATION MANIPULATION: Challenge for Our Democracies, consisting of 210 pages, and providing a detailed analysis of information manipulations, especially from the Russian Federation, and recommendations for countering them.

According to the introduction of the report, this analysis was carried out in connection with an awareness of the existential danger that information manipulation poses to democracies in those countries. This awareness was generated by two series of events: first, the repeated interferences that have occurred since 2014 (Ukraine, Bundestag, Dutch referendum, Brexit, US election) have shown that even the largest Western democracies are not immune. Second, the attempted interference in the 2017 French presidential election, culminating with the so-called “Macron Leaks” incident, captured French attention and demonstrated the importance of studying this subject.

According to the report, the initial goal of the working group was to study the problem from an international perspective, taking into account not only national interests, but also the transnational nature of information manipulation, which transcends sovereignty and individual State legal systems. “It is an issue that affects civil society as well as the governments of many States, not only in Europe and North America, but also in Asia, in the Middle East, in Africa and in Latin America. However, information manipulation is also diverse in nature and each case is different and is tailored to fit different target audiences. It is important to distinguish between exogenous manipulations, which originate from outside the targeted State, and endogenous manipulations, which originate from within a State. We must also distinguish between attempts that are caused by state actors and those that are caused by nonstate actors”, the authors of the report note, stressing that the  report was mainly focusing on the study of information manipulation orchestrated by foreign States, or in other words, foreign interferences.

The authors of the report are assured that Kremlin has a ''media arsenal'' that consists primarily of two major overseas outlets, Rossiya Segodnya and RT, which are presented as separate entities but are actually run by the same editor, Margarita Simonyan. Rossiya Segodnya owns both Sputnik and RT, established under the name Russia Today in 2005 and renamed RT in 2009. The outlet claims to be “completely independent.” However, it also emphasizes that its purpose is to “secure the national interests of the Russian Federation in the information sphere.” The initial objective of these news outlets was to improve the image of Russia abroad. However, the Kremlin quickly realized that Rossiya Segodnya and RT did not succeed in this endeavor. Consequently, the Kremlin then directed the outlets to adopt a negative approach: they are now primarily used to degrade the image of the adversary. These media receive little attention in the international arena, where CNN, BBC and Al-Jazeera dominate the media environment. They are, however, successful with audiences in the far left and far right political camps or those easily taken in by conspiracy theories.

It is worth noting that one of the co-founders of the ''Mediapart'' information portal (Mediapart is an independent French online journal known for its political investigations, established in 2008 on the initiative of four journalists: François Bonnet, Gérard Desportes, Laurent Mauduit and Edwy Plenel) François Bonnet, during a meeting with Armenian journalists, stated that there is practically no independent media in France. According to him, as of today, 98% of the French media are in the hands of 10 millionaires. It is also worth noting that on the day of the visit by the Armenian journalists to the Mediapart office, searches were carried out and documents were seized. As Bonnet said, the purpose of searches is to reveal the data of information sources of the website. On the same evening, the activists of the “yellow vests” held a support protest in front of Mediapart office. Activists sang patriotic songs, burned fireworks and applauded the editorial staff.

According to Bonnet, due to the lack of independence of the French media, public distrust of the truthfulness of the information is increasing. “98% of the media is in the hands of millionaires. This is precisely the reason why the mistrust of the same "yellow vests" to many media outlets is motivated. This is becoming a serious problem today. Thanks to our investigative activities, over the past 10 years, 200 court cases have been initiated,” noted the co-founder of the portal, with more than 155 thousand subscribers.

Head of Eastern Europe & Central Asia desk at Reporters Without Borders Johann Bihr spoke on the issue of searches at the Mediapart website editorial office and the dangers related to the fact that the French media are in the hands of big business and can be corrupted. “We have already expressed our concerns about the searches in the Mediapart editorial office, as these actions pose a threat to the protection of the confidentiality of personal sources. Although, for objectivity, it is worth noting that the situation in this area is better than it was ten years ago, due to the fact that appropriate legislative measures were taken to protect sources. But even now there is still much to be done, since the adopted law does not pose any sanctions in case of its violation. The new round of struggle against terrorism also jeopardizes the protection of personal sources, because in case of such suspicions, the media must provide data from their sources,” he stated.

The report suggests that states must be able to implement the following measures when necessary: a) adopt a law against “fake news” if there is none, or adapt the existing legislation to meet the challenges of the digital era; b) penalize more strictly the wrongdoings of the media, by following the example of the British Ofcom (which sanctioned RT on several occasions with some success, i.e. a dissuasive effect) and reinforce legislation which punishes online harassment, in particular towards journalists; c) consider making registration compulsory for foreign media.

In addition, the French Centre for Media and Information Education (CLEMI)) has been actively teaching children to distinguish fake news from an early age. Thus, Director of the Center, Serge Barbet, informed that CLEMI was established 35 years ago and has the goal of educating children of critical perception of information. “We strive to educate schoolchildren in such a way that they, when leaving the walls of the school, clearly understand how democracy and civil society function. We have developed a course that is included in various subjects. The analysis showed that children passing our courses 60-70% less fall into the fake news trap. Our goal today is to educate a society that can distinguish truth from lies. Recently, our courses have become mandatory for everyone,” Barbet informed, adding that they teach children to take responsibility for their actions and use the Internet in a positive way.

The French side hopes that the law will be partially applied during the elections to the European Parliament, which will demonstrate how efficient the law is.