The Economist called Armenia the country of 2018 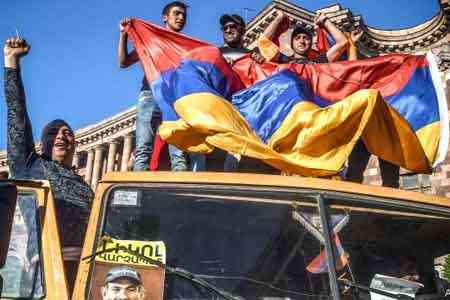 ArmInfo. The famous British magazine ''The Economist'' called Armenia the "Country of the Year."

As The Economist article  notes the annual "country of the year"  award goes not to the most influential nation, nor to the richest,  nor to the one with the tastiest food. It celebrates progress. Which  country has improved the most in the past 12 months?  Yet in Armenia  that is exactly what seems to have happened. The president, Serzh  Sargsyan, tried to dodge term limits by making himself into an  executive prime minister. The streets erupted in protest. Nikol  Pashinyan, a charismatic and bearded former journalist and MP, was  swept into power, legally and properly, on a wave of revulsion  against corruption and incompetence. His new party alliance won 70%  of the vote in a subsequent election. A Putinesque potentate was  ejected, and no one was killed. Russia was given no excuse to  interfere. A note of caution: Armenia's nasty territorial dispute  with Azerbaijan has not been resolved and could ignite again.  However, an ancient and often misruled nation in a turbulent region  has a chance of democracy and renewal. For that reason, Armenia is  our country of the year. Shnorhavorum yem!'' The last word is written  in Armenian in English transcription, which means - Congratulations  !, Ed. note).