British Ambassador: We hope that in these elections there will be no  hatred and xenophobia, which could be observed in the past 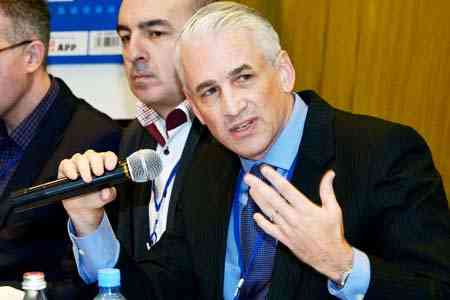 ArmInfo. "We attach particular importance to the establishment of democratic institutions in Armenia, where a special role is given to holding fair and  transparent elections," said the UN Resident Coordinator and UNDP  Resident Representative for the Republic of Armenia Shombi Sharp on  November 14 at a briefing before signing the document between the  Armenian government and donors financial support for the upcoming  elections.

According to him, today Armenia stands at the turn of historical  opportunities. The international community, as Sector noted, sees the  efforts of the Government of Armenia to strengthen democracy, and  tries, whenever possible, to facilitate these processes. The UN  Resident Coordinator expressed confidence that, thanks to, among  other things, the program "Supporting electoral processes in  Armenia", the upcoming elections will be held in an extremely fair  and transparent sector.

Ambassador of the United Kingdom of Great Britain and Northern  Ireland to  RA Mrs. Judith Farnworth emphasized the importance of the  program, noting that voters should be sure that their vote will be  decisive. At the same time, she noted the importance of not only  ensuring freedom and transparency on Election Day, but also of the  entire electoral process. "We hope that there will be no hatred and  xenophobia that could be observed in the past. Elections are the  beginning of a new stage in the development of Armenia," the  Ambassador said. "We are ready for closer cooperation with the new  government of Armenia and we see it as a flexible and reliable  partner," the ambassador said

The Ambassador of the United Kingdom of Great Britain and Northern  Ireland to the RA Judith Farnworth stressed the importance of the  program,.

Charge d'Affaires of the Embassy of Sweden to Armenia, Martin  Fredriksson , in turn, expressed the hope that in the future  parliament will be seated precisely those elected by the people who  are elected by the people and enjoy its confidence. The program  "Support of electoral processes in Armenia", funded by the Government  of Armenia, the EU, Germany, the United Kingdom of Great Britain and  Northern Ireland and Sweden, started today in Yerevan. They will  respectively allocate $ 0.7 million, 1.5 million euros, 0.7 million  euros, 0.5 million pounds sterling and 1.5 million Swedish crowns.  Financial support will mainly be focused on technical support for the  elections and the development of electoral skills.