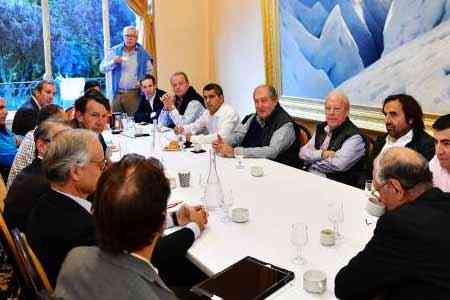 ArmInfo.Armenian President Armen Sarkissian held a number of meetings with heads of large corporations as part of his working visit to France.

During the meetings, issues of cooperation and implementation of new  projects in Armenia were discussed. The president, in particular,  held a meeting with the management of the company ''Dassault  systemes'', which deals with software of the military-industrial  complex. The company is also engaged in the logistics and production  of electric vehicles.

A similar meeting was held by the management of the company  ''THALES'', which is engaged in the design of electronic systems.