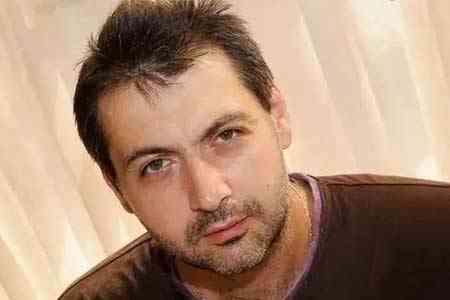 ArmInfo. Rumors about the closure of the Russian Stanislavsky Drama Theater do not correspond to reality. The director of the theater, Frederick Davtyan, stated this  at a press conference on October 16.

He noted that the theater is already a year without an artistic  director. "After the death of Aleksander Samsonovich, we faced a huge  problem. He was an exceptional person, and it was very difficult to  find a replacement for him, so we hesitated to make a decision. In  addition, in the country, there were changes in the government, and  it was not the right time to choose a new artistic director ", - said  the director of the theater. Davtyan said that after Grigorian's  death, all efforts were made to preserve the theater, its style and  spirit, and continue to delight our viewers.

The director of the theater stressed that there were a lot of  candidates for the post of artistic director of the theater; there  were candidates from Sweden, Russia, etc. competition, the winner of  which was supposed to take the position of artistic director. As a  result, 5 candidates were selected, among whom was Alexander  Grigoryan's daughter Nora, but since she had little experience, then  after the qualifying rounds there were two candidates - Karen  Nersisyan Suren Shahverdyan "Davtyan.

Davtyan stressed that the Ministry proposed that these candidates  stage one performance at the theater, after which the final choice  would be made. "The fact is that our theater has been without an  artistic director for a year, and it is very difficult for us to  organize its work at the proper level. Soon the New Year and we want  to please our young viewers with new ideas. Since this situation  cannot continue, I've been I talked with Karen Nersisyan, and after  he confirmed his readiness to take the position of artistic director,  I appointed him a new artistic director, "said Davtyan.

He also noted that as the director of the theater, he looked through  the performances that put these two directors and made his decision  based on the style of the theater. "We always had our own spirit, our  own style, to which we were faithful and which we would like to keep.  Our team was divided into 2 parts, each of which supported one of the  two candidates. It's difficult to work in such an atmosphere. Karen  Nersisyan is familiar with our traditions, the theater and the  troupe. Therefore, I believe that this is the best option for the  theater. I appeal to my fellow actors and ask them to make my  decision and start to work harmoniously under the guidance of a new  artistic director. Nersisyan will be in Yerevan on November 10, after  which we p let's talk about our future plans, "concluded Davtyan.

In a conversation with the ArmInfo correspondent, director Frederic  Davtyan noted that when he made this decision, he was guided solely  by the interests of the theater, for creative reasons. "It is always  important to share work and personal preferences. I think that  Nersisyan can take this difficult and responsible post, I think the  Ministry of Culture will understand that in this case it was the best  solution," said Davtyan. When asked by ArmInfo's correspondent why  the director himself didn't nominate himself as artistic director, he  said: "You see, I'm the director, that is, I'm already in a  leadership position. Besides, I'm an actor, not a director, but an  artistic director should be the director Nersisyan was already  working in our theater and is familiar with it. There should be peace  in the theater, it is simply impossible to be in limbo. The ministry  attaches great importance to the Russian theater in Armenia, and  everybody expressed extreme concern over the situation that has  arisen; there can be no equivalent replacement. But we have to go  further, stopping is death ", - said Davtyan. He also noted that the  ministry of culture couldn't accept this decision, because there is  no reason to cancel this order, because there are no violations in  it. Davtyan noted that he hopes that Karen Nersisyan justified his  hopes, emphasizing that the contract was concluded until 2019.

In turn, actress Liana Sevumyan noted that most of the actors  supported the candidature of Karen Nersisyan. "I didn't know that  today there will be a decision taken on the appointment of a new  artistic director. But we understood that it's hardly possible that  in two months two directors would stage their performances, even our  funding would not be enough for that. But we support this decision  since we ourselves found this candidate. He responded, he is the only  candidate who is not from Armenia, but came and met the team. He is a  talented person and our team liked him. I think that with his arrival  our style will be preserved and even those who disagree today on  after his work with the team, we will be convinced of the correctness  of this decision. We will again become that Stanislavsky theater that  everyone knew and loved. I think we will stage our first performance  with a new artistic director in January or February, "concluded the  actress.

Recently the staff of the theater addressed an open letter to the  Prime Minister of Armenia Nikol Pashinyan.  The fact is that the  actors of the theater noted that they have been without artistic  director for a year now, and they cannot continue for a long time.  They stated that the Minister of Culture Lilit Makunts promised that  the employees themselves could elect a new leader, and the staff  nominated Karen Nersisyan. In response to that, the minister declared  that she was wrong and the artistic director should not be elected,  but appointed. In particular, the candidature of Shakhverdyan was  discussed, however, the theater cast was preferred by Nersisyan. In  the letter, the theater staff asked the prime minister to pay  attention to this issue and to assist in this matter.