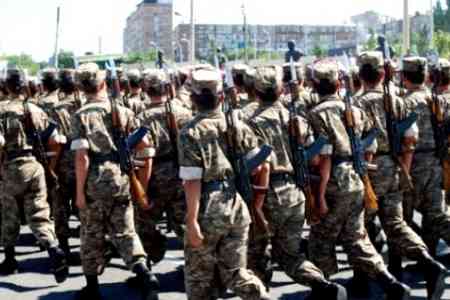 ArmInfo.  No one has the right to influence the civilian consciousness of servicemen. This was stated by the Prime Minister of Armenia Nikol Pashinyan, referring to the  concept of "Nation-Army."

According to the Prime Minister, the society has proved that it is  not militarized. "If the concept of" Nation- Army "means that  soldiers should vote at the orders of the authorities, as it was  before, this will not happen," Pashinyan said. He also did not  exclude the replacement of the Chief of the General Staff of the  Armed Forces. "If there is such a task, we will let you know," noted  Nikol Pashinyan.

Note that the concept of "Nation-Army" was put into circulation by  former Defense Minister Vigen Sargsyan. However, the current  authorities criticize it, believing that such a concept is not needed  for Armenian society.