Moscow Armenians gathered for a protest in the courtyard of the  Armenian church, Ezras called the police 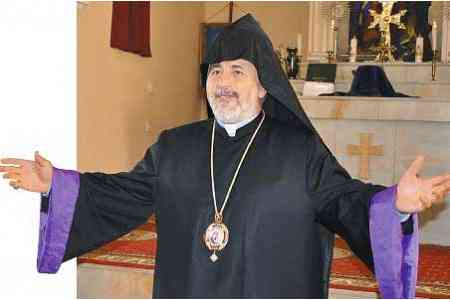 ArmInfo.Moscow Armenians began to gather for a protest against the premiership of Serzh Sargsyan. The spontaneous action gathered in the courtyard of the Armenian church in Moscow.

However, the head of the Russian and Novo-Nakhichevan diocese of the  Armenian Apostolic Church, brother of the Catholicos of All  Armenians, called the police. Seeing the approaching forces of law  and order, the people gathered in the courtyard tried to enter the  church, but the holy fathers did not let the parishioners into the  temple of God. The police detained about 60 people, placing them on  three buses.  Most of them are activists of Armenian youth  associations.