The exhibition "Armenia on the most ancient maps" opened in Estonia 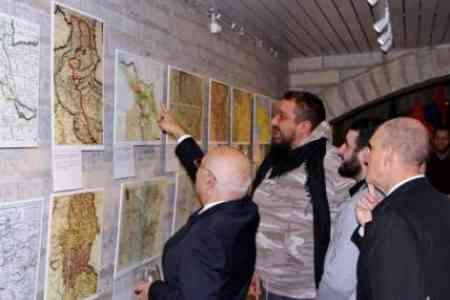 ArmInfo. The National Library of Estonia hosted the opening of the exhibition "Armenia on the most ancient maps" on March 14.

The event was attended by high-ranking officials from Estonia, public, political and cultural figures, ambassadors accredited in Estonia, journalists and representatives of the Armenian community.

As the RA Ambassador to Estonia Tigran Mkrtchyan noted, the purpose of the exhibition is to present the ancient history of Armenia to the international community. "These maps show the era of the country's recession and upsurge," Mkrtchyan said. The ambassador condemned "encroachments" on the history of Armenia on the part of neighboring states. Mkrtchyan also said that the state, which arose on the political map of the world 100 years ago, is now trying to distort the history of Armenia, and such actions must be condemned.

Expert Ruben Galichian, presenting the maps, noted that in the world libraries and museums there are 60 different maps, on which Armenia is represented throughout its history. "Of course, it is impossible to imagine the history of the country solely with the help of maps, at the same time, it is possible to visually perceive its history," Galichian said.

The exhibition, organized with the assistance of the Estonian National Library and the Union of Armenians of Estonia, will be open until April 4.