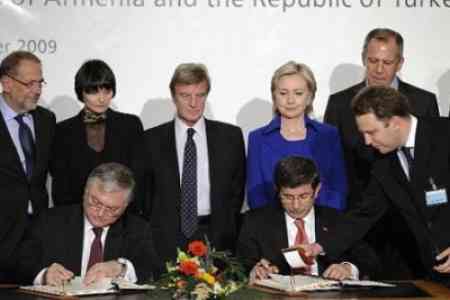 ArmInfo. Armenia canceled the Armenian-Turkish protocols on the normalization of relations (the Zurich protocols).

As the "Yerkir Media" TV channel informs, the press secretary of the RA President Vladimir Hakobyan informed that the relevant statement was made by the Armenian leader Serzh Sargsyan during the Security Council meeting held at the residence of the President of Armenia.

In the second half of 2017, the President of Armenia from the rostrum of the UN General Assembly declared that Armenia will meet the spring of 2018 without the Armenian-Turkish protocols, since there is no progress in their implementation.