Russian General: Russian armaments shipments to Armenia and Azerbaijan is a part of  deeply planned Russian policy at Caucasus. 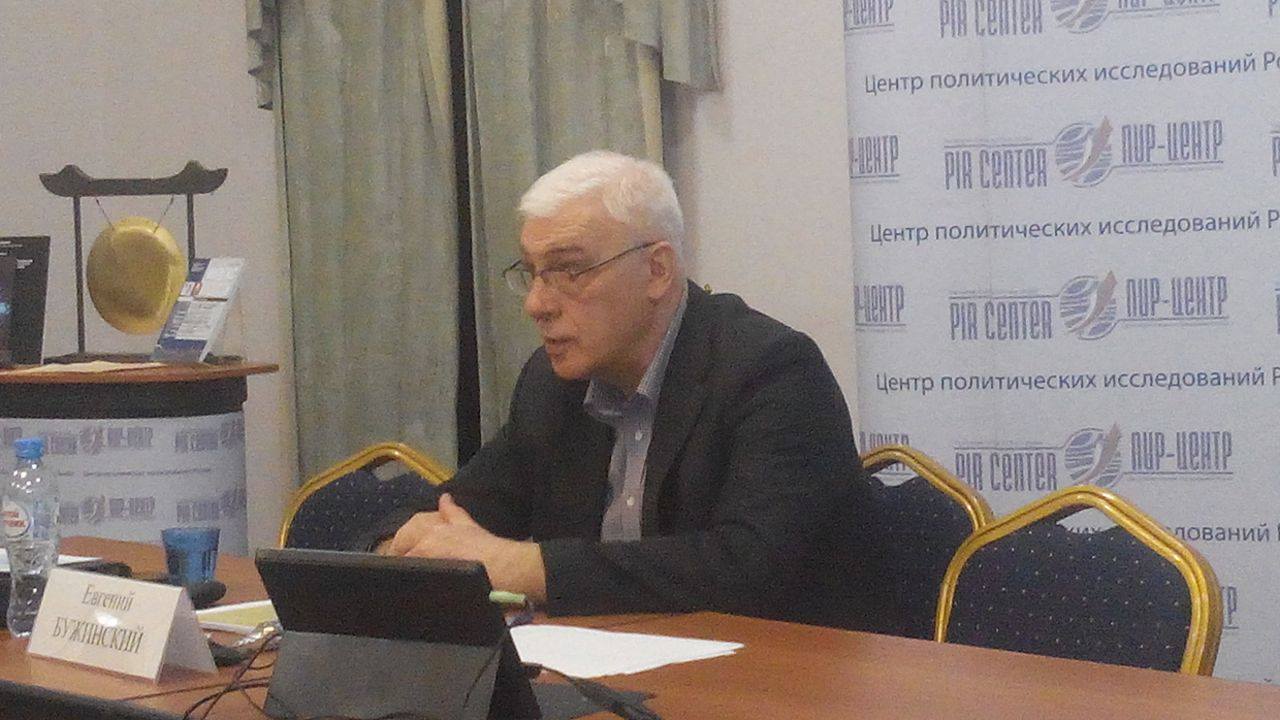 ArmInfo. Lieutenant General Yevgeni Buzhinsky, the PIR Center Board Chairman, in his interview to ArmInfo speaks about certain aspects of European security, about the reasons of some deficit in respect to the tools of supporting that security. Refers to the issue of Gabala Radio Location Station from the point of Russian security control CSTO Azerbaijan’s  membership  prospective, motivations of Russian policy at the Caucasus.

In Your opinion, are the Agreements appearing as the basis for OSCE establishment, actual for now within the consideration of the dynamics of two recent decades? For instance, the provisions of the Session on European security and cooperation? Is OSCE alive today?

Considering the Agreement on Treaty of Conventional Forces in Europe is actually cancelled under the situation when NATO de facto undertakes the function of providing the military component of European security, and EU took the function of economical support than what is left to OSCE? it is only humanitarian issues left for OSCE, elections  monitoring, human rights, conflicts prevention. In other words, something like "third basket". At that, all  the West permanently repeats that it is impossible to secure European safety without Russia. Russia is not a member of NATO or EU, but it is a member of OSCE. Hence, Russia could have full participation only in humanitarian issues related decision making. We do not participate in   the development of military and economic tool of securing European safety. In 2010, during the presidency of Dmitri Medvedev, Russia offered to the west to clarify own role in the military and economic safety of the Europe through new Agreement on European Security. At that time Moscow offered to integrate in the Agreement the issue of armaments control also, including that same Conventional Forces Treaty. But the West (Europeans and Americans) considered this as an attempt to destroy the unity of NATO, Northern Atlantic Solidarity. And the idea has been rejected. And if there is something to do today, it should be done exactly in this respect: to improve the suggestions already existing, to develop new ideas. And it should be done collectively, of course.

European security today experiences an essential lack of resources for self-provision.  President Trump yet at the stage of his pre electoral campaign called Europeans top pay for their security, having the shapes of American military presence in Europe. Some experts consider such statements as the beginning of the crisis in the aspect of European security…

I don’t think all this lead to the crisis in the field of providing European security. The decision, offering all the allies to make inputs in NATO budget at not less than 2% of own GDP,  has been taken more than 10 years ago,  and  for the last time was confirmed during the summits of Alliance in Wales and Warsaw. However, many European countries, stating the readiness and willingness to pay, are intended to delay the payments for 5-10 years. For instance, Germany spends for NATO 1.16%  of GDP, but at the same time bears huge expenditures due to maintaining American bases at own territory, takes participation in all the humanitarian actions and missions within the framework of NATO. Hence, Berlin spends for European security much more than 2% of GDP.

At the same time, within the consideration of US share in NATO budget at 70-75 ,  Donald Trump, slowed down and wants to decrease the US share at least down to 50%. It is natural that within all this, the remaining 50% should be paid by Europeans. This is a business approach, which is quite logical within the consideration and   former activities of the new   President of US.  Meanwhile, Americans think that Europeans have very few security tools and it is really like that.  Accordingly, they do expect for European rearmament both in respect to attack and investigation tools.  Everything Europe has today is, in general, American made, Europeans have very few own tools. That is why a special aspect of US demands to Europe is to allocate more assets for the defense, and, accordingly,  to buy more American made armaments  and  machinery.

Did stopping the Gabala RLS and Russian troops leaving Azerbaijan generate a lack in the Russian missile-prevention system?

Never.The South of Russia is reliably covered with Armavir RLS. At that, the Gabala RLS is pretty unique. It has been set for the control of American submarines operations in the Indian Ocean.  Gabala RLS "saw" all the southern sector at the range of 6000 kilometers. And in early 2000-ies we showed Americans that we see all the test launches of Iranian missiles. Hence, according to the exert estimates, the station and the mirror were good enough, and only the software utility needed to be modernized. The operability of Gabala station was absolutely unexpected for Americans, who thought it is a complete junk. Anyhow, together with putting the Armavir RLS under combat duty the need of Gabala RLS expired. That is why in respond to our Azerbaijani friends' attempts to increase the lease fee for Gabala station up to incredible rates, we easily rendered it to Azerbaijan.

Could you please estimate the military component in the Russian policy in respect to post Soviet area? Are the countries all around the Russian border a life necessity factor for Russian security?

It is natural that every country, including Russia, always looks for allies. And considering

it is a pretty long time that our allies in Europe are in another alliance, we treat the former US countries as our  natural allies. To my regret, such a point of view did not find an appropriate response in Ukraine. And not all the countries of former Soviet Union are CSTO members. But anyway I think that after peaceful settlement of Karabakh issue there will be no obstacles for Azerbaijani membership in CSTO.

Do You think Karabakh conflict is the only obstacle for Azerbaijan to join CSTO?

I consider this conflict as one of the main obstacles for that.  The tight relations of Azerbaijan with Turkey do not generate much happiness for Azerbaijani people. According to him, Baku, of course, has put a strong accent to the relations with Turkey in 90-ies,   when Russia had no any resources to keep the combat readiness of Azerbaijani Military forces.  For now, the situation has essentially changed and Turkish dictate, Turks' treating Azerbaijanis as younger brothers, does not make Azerbaijanis happy.

A painful issue: What is for Russia the concurrent military cooperation with Armenia and Azerbaijan? What is the role of this cooperation in the Russian policy at South Caucasus?