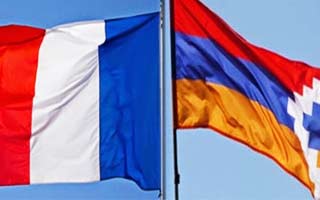 ArmInfo. On occasion of the 25th anniversary of Nagorno Karabakh Republic's independence France-Karabakh Friendship Circle expresses its support to the young republic in South Caucasus, which has chosen democratic way of  development.

The authors of the statement received by ArmInfo particularly note  that the Friendship Circle warmly welcomes freedom achieved by  Nagorno Karabakh Republic over 25 years after the declaration of  independence on September 2, 1991. The Friendship Circle intends to  continue its support aimed at ensuring full exercise of natural right  to live happy life. The Circle emphasizes that despite the war  imposed after the declaration of independence, today a whole  generation has grown in NKR that cannot imagine living under  submission, in which the older generation lived. This fact is a solid  achievement, consequently it is indisputable and unalterable.

We support NK independence as we support international law, President  of Friendship Circle Francois Rochebloine stated, adding that the  Circle especially supports the right to life and security. The April  aggression unleashed by Baku's regime testifies to consistency of  Azerbaijani threat to peace and stability in the region. The Circle  also thinks that failure of that aggression and adequate military  response by Karabakh side is an evidence of maturity and  responsibility of NK authorities.