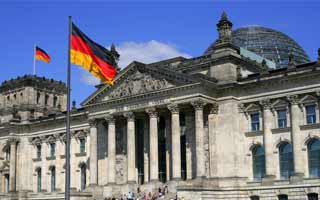 ArmInfo. The German government has commented on Der Spiegel's information that allegedly it intends to distance itself from Bundestag's resolution on Armenian Genocide. There can be no talk about it. German Bundestag has the right to express opinion on any issue when it finds it right. The German government supports and defends German parliament's sovereign  right, Official Representative of German government Steffen Seibert  stated commenting on the information published by Der Spiegel that  the government is ready to make a "political gesture" towards Ankara,  distancing itself from the Bundestag's resolution, DW reports.

He also stressed that the government does not have the authority to  interfere in work of the other branch of power and assess its  actions. At the same time Steffen Seibert added that Bundestag's  resolution is not legally binding.

Spokesperson of German Foreign Ministry also made a statement  clarifying that German Foreign minister Frank-Walter Steinmeier  personally supports the resolution. On the same day Frank-Walter  Steinmeier after meeting with NATO Secretary General Jens Stoltenberg  stated that Bundestag has full right and freedom to express its  opinion on political issues. However, according to him MPS of  Bundestag noted themselves that not every resolution is legally  binding. Frank-Walter Steinmeier did not comment on the government's  stand on the issue.

Earlier Spiegel-online reported, citing its own sources that the  German government is going to make a "political gesture" towards  Ankara, distancing itself from the Bundestag's resolution that  describes the mass killings of Armenians in the Ottoman Empire as  genocide. Berlin expects that instead Turkey will let the German  lawmakers into Incirlik airbase.

To note, German Bundestag adopted on June 2 the resolution on  Armenian Genocide by a vast majority of votes. Only one  parliamentarian voted against and another abstained from voting. The  resolution recognizes not only the fact of Armenian Genocide in the  Ottoman Empire in the beginning of the 20th century but also  Germany's responsibility for these events. The ambassadors of Armenia  and Turkey were present at the hearings in Bundestag. However  Chancellor Angela Merkel, Vice-Chancellor Sigmar Gabriel and Foreign  Minister Frank- Walter Steinmeier were not present at the hearings.   Deputy Government Spokesperson Christiane Wirtz stated that Merkel  supports the resolution. Turkey, in its turn, has warned Berlin on  the level of first ranking officials against the possible negative  consequences for the Turkish-German relations in case the resolution  was adopted. Ankara recalled its Ambassador to Germany Avni  Karslioglu following the adoption of the resolution.