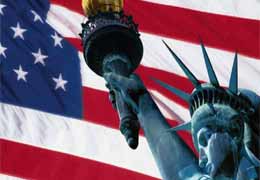 On June 10, the U.S. White House administration answered officially to the Azerbaijani petition, which demands "the withdrawal of Armenian troops" and "emphasizes the dramatic situation of hundreds of thousands of citizens threatened by a humanitarian catastrophe because of the neglected Sarsang dam".

APA reports that in response to the petition, the White House stated that as a co- chair of the OSCE Minsk Group, the United States is strongly committed to a peaceful and lasting settlement of the Nagorno-Karabakh conflict.  "We have read Resolution 2085 of the Parliamentary Assembly of the Council of Europe (PACE) and, although the United States is not a member of PACE, we welcome opportunities to exchange views on the Nagorno-Karabakh peace process with any interested interlocutor," the White House said in a statement on June 11.  According to the statement, "the Obama Administration urges the sides to demonstrate restraint and enter into an immediate negotiation on a comprehensive settlement, which would include the return of the territories surrounding Nagorno- Karabakh to Azerbaijan's control and a determination of Nagorno-Karabakh's status," the source says.

"As part of our ongoing dialogue with the sides, we have and will continue to facilitate discussions related to humanitarian issues. Management and maintenance of the Sarsang Reservoir is one such issue. We welcome a meeting between technical experts from the sides to discuss water management and dam inspections. The co- chairs are ready to facilitate such a meeting. Ultimately, a resolution of this longstanding conflict depends on the political will of the presidents of Armenia and Azerbaijan. As a Minsk Group co-chair country, we will continue our efforts to advance peace and prosperity in the region," said the statement.

To recall, on 26 Jan 2016, PACE approved with amendments the resolution entitled "Inhabitants of frontier regions of Azerbaijan are deliberately deprived of water" (rapporteur Milica Markovic, Bosnia and Herzegovina) on January 26. 98 MPs voted for, 71 MPs voted against and 40 MPs abstained from voting.