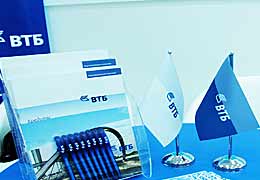 The bank runs 157 ATMs across the country which its customers use to make a variety of operations - cash withdrawals, utility bills payment and instant money transfers from its Visa cards to any other Visa cards issued by local or foreign banks.  Last month VTB Bank (Armenia) and ACBA-CREDIT AGRICOLE BANK, two Armenian banks with the largest chains of ATMs signed an agreement enabling their cardholders to use partner bank’s ATMs without having to pay extra commission.

In 2014 holders of payments cards have been increasingly using them this year to pay for goods and services instead of cash withdrawals. Thus, the amount of cashless payments made by using the cards soared by 20% in the third quarter of 2014 from the year before and the number non-cash transactions increased by 50% versus the same period 2013.
In a bid to encourage cashless payments the Bank organizes various campaigns and raffles for its customers such as "Summer with VTB" -  summer holidays in Malta for two and giving away a car to winners.  Holders of the MasterCard participated in the campaign "Driving with VTB", within the frames of which, one of the most active participants in the campaign, won a car. Ahead of New Year the Bank is planning to announce another special offer to stimulate cashless transactions.

To note, VTB Bank (Armenia) became a participant in the international financial group of VTB in April 2014. It runs 67 branches in Armenia, more than any other local bank.