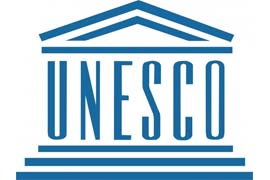 Artsakh (Karabakh) and destruction of cross-stones of Old Jugha by Azerbaijan are mentioned in the National report of Armenia in UNESCO. This made the Azerbaijani and Turkish sides very much sad.

As Secretary General of Armenia's National Commission for UNESCO Vahram Kajoyan said at today's press-conference, earlier the art of cross-stone and the music of duduk were involved in the UNESCO List of Intangible Cultural Heritage, these two elements were reflected in the National Report of Armenia.

In particular, the report says about duduk concerts and festivals in different countries of the world, including Karabakh. As for the cross-stones, the Azerbaijani party ruined more than 2 000 cross-stones of Old Jugha in 2005.

This information in the report has stirred up Azerbaijan and Turkey. In particular, the Turkish party offered to hold several voting on the Armenian report and make changes in the report. However, as Kajoyan said, the Turkish delegation to UNESCO failed as none of its proposals were accepted.